The Criminality of the Democratic Party. DNC Maneuvers to Derail Bernie Sanders 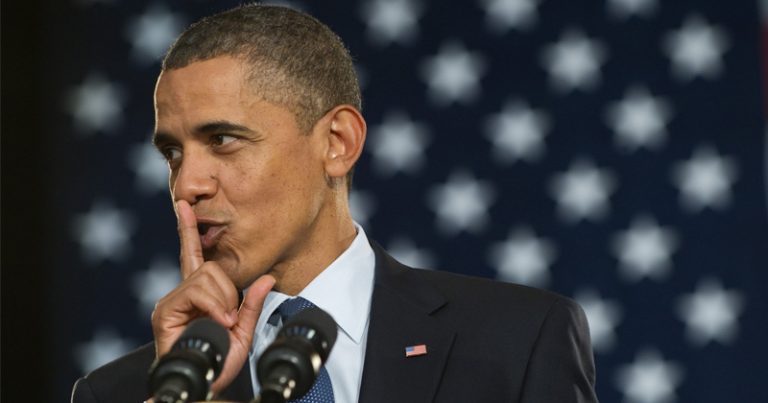 
By Donald Monaco
Global Research, March 09, 2020
The utter and complete corruption of the Democratic Party is on full display as the DNC desperately maneuvers to derail the insurgent candidacy of Bernie Sanders by denying him a majority of delegates to the July convention in Minneapolis. Winning a mere plurality of votes in primary elections will deny Sanders a first ballot nomination and allow the DNC to use their super-delegates to support the conventional candidate, Joe Biden, on a second ballot.
Hillary Clinton and the DNC already conspired to successfully deny Sanders the nomination in 2016. The mere fact that the party installed super-delegates after the factious anti-war candidacy of George McGovern in 1972 should sufficiently illustrate the party hierarchy’s contempt for democracy.
The opposition of the political establishment to the Sanders’ campaign stems from its programmatic support for a rabid neoliberal agenda against the Senator’s proposed New Deal liberal reforms. The Democrats have been moving to the right in American politics for the past three decades and have no desire to reverse course.
Beginning with the Clinton presidency and continuing throughout the Obama regime, the Democratic Party initiated a new Cold War with Russia, imposed neoliberal economics globally, abandoned class politics for identity politics, deregulated the financial industry and the media, bailed out Wall Street at the expense of main street and presided along with the Republicans, over the greatest transfer of wealth to the top 1% of the population in American history.
Nevertheless, the Democratic Party is viewed by many of its supporters as a ‘lesser evil’ than the Republicans. Furthermore, in this election season, Trump and the Republicans are so terrible, the thinking goes, that anybody the Democrats nominate will be a better president than the orange billionaire.
Prior to evaluating these assumptions, a little lesson in political history is in order. To begin, it is important to identify the class nature of the Democratic Party and to illustrate its principal functions in American and international affairs.
The Democratic Party is one of the two partner parties of American capitalism. As with the Republicans, it is primarily financed by the corporate rich and represents their class interests. The policies it implements are cohered within a vast policy formulation network of foundations, think tanks and policy discussion groups that have been set up for the purpose of legitimizing the policy choices of the corporate community and its military industrial security complex.
Since the Great Depression, one of the major functions of the Democratic Party has been to diffuse popular discontent by advocating concessionary policies in times of social unrest.
Exaggerated wealth concentration and financial speculation during the 1920’s led straight away to the Great Depression of the 1930’s. Worker militancy, mass industry wide unionization, sit-down strikes, secondary boycotts, factory occupations and pitched battles with the police brought Franklin Roosevelt’s New Deal of 1935 along with the Wagner Act, the Magna Carta of the labor movement that same year. 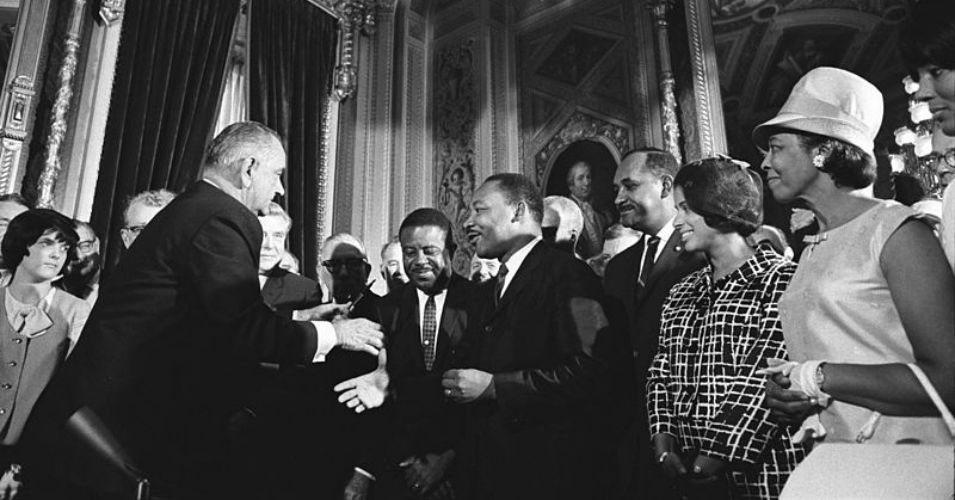 * * * Institutional racism, legal segregation, violent social repression, urban ghettoization and systemic police brutality resulted in the emergence of a civil rights movement and black liberation struggle that organized bus boycotts, sit-ins, civil disobedience, pickets, urban rebellions, armed self-defense and a mass march on Washington that produced Lyndon Johnson’s Great Society including the Civil Rights Act of 1964, Voting Rights Act of 1965, Fair Housing Act of 1968 and War on Poverty in 1965.
A genocidal war in Vietnam, a compulsory military draft and staggering American casualties in that war generated an anti-war movement whose tactics included the burning of draft cards, mass marches on the Pentagon, campus rebellion, student strikes and a radical resistance that involved the bombing of government targets undertaken in solidarity with the heroic struggle of the Vietnamese people. These struggles brought forth the anti-war candidacies of Senators Eugene McCarthy and Robert Kennedy. Their entry into the presidential race of 1968 led to the decision of the war’s chief proponent, Lyndon Johnson, not to seek a second term as president. Johnson’s decision signaled the beginning of the end of U.S. involvement in the war as his successor, Richard Nixon, was compelled to promise an end to the war so he could secure his election victory over Johnson’s Vice-President and war advocate, Hubert Humphrey. Nixon subsequently began troop withdraws and ‘Vietnamization” of a conflict that was subsequently abandoned along with the military draft in 1973.
In short, the Democrats operate as the shock absorber of American capitalism whose main function is to diffuse, absorb and co-opt social opposition and political dissent during times of upheaval caused by economic and social crisis.
A corollary function of the Democratic Party is to periodically impose domestic political repression on various sectors of the American population that refuse to be co-opted in defense of a persistently rapacious capitalistic and virulently racist social order. In this respect, the Democrats alternate with the Republicans when it becomes necessary to quash incipient rebellion.
Woodrow Wilson’s administration produced the Sedition Act of 1917, Espionage Act of 1918 and Palmer Raids of 1919, 1920 initiating the first Red Scare; Franklin D. Roosevelt initiated FBI investigations of the Communist Party for domestic subversion in 1936 and ordered the internment of Japanese Americans in 1942;
Harry Truman mandated loyalty oaths, signed the National Security Act creating the National Security Council and the CIA, signed the anti-labor Taft-Hartley Act and began the second Red Scare in 1947;
John Kennedy and Lyndon Johnson continued the murderous FBI COINTELPRO program begun in 1956 during their tenure in office from 1961-1968; Johnson declared a ‘War on Crime’ in 1965 integrating the federal government with local law enforcement;
Bill Clinton’s administration produced the Violent Crime Control and Law Enforcement Act of 1994 and the Anti-terrorism and Effective Death Penalty Act of 1996 resulting in the exponential growth of mass incarceration, a militarized police force, accelerated executions on death row and the evisceration of civil liberties;
Clinton’s Justice Department under Attorney General Janet Reno organized the deadly ATF/FBI/military raid on the compound of Branch Davidians in Waco, Texas in 1993;
Barak Obama signed the National Defense Authorization Act in 2012, section 1021 of which effectively terminated habeas corpus, defended the NSA’s Prism program of mass surveillance in 2013 and used the Espionage Act to indict whistleblowers from 2010-2012; the majority of Congressional Democrats supported the Patriot Act from 2001-2020 further eroding civil liberties.
Internationally, the Democrats along with their Republican cohorts have conducted wars, instigated covert interventions and imposed political repression in countries around the world as part of their defense of global capitalism and corporate hegemony under the pretexts of fighting communism, interdicting terrorism and making the world safe for democracy and human rights.
Wilson invaded Haiti in 1915 and brought the United States into World War I in 1916; FDR entered World War II in 1941;
Truman dropped Atomic bombs on Hiroshima and Nagasaki in 1945, intervened in Greece thus beginning the Cold War in 1947, recognized Israel in 1948 and started the Korean War in 1950;
Kennedy unleashed the CIA’s Bay of Pigs invasion and Operation Mongoose in Cuba along with implementing the doctrine of counter-insurgency in Asia and Latin America in 1961;
Johnson backed a coup d’état in Brazil in 1964, escalated the Vietnam War and invaded the Dominican Republic in 1965; Carter endorsed the CIA’s Operation Cyclone that armed the Islamic Mujahideen in Afghanistan in 1979 and supported repressive governments in Zaire, Angola, East Timor, Guatemala and El Salvador from 1977-1980;
Clinton enforced sanctions on Iraq from 1993-2001 killing one and a half million Iraqi civilians, bombed Iraq, Afghanistan and Sudan in 1998 and bombed Yugoslavia in 1999;
Obama presided over coup d’états in Honduras in 2009 and Ukraine in 2014, bombed Libya in 2011, waged proxy war in Syria in 2012, imposed sanctions on Russia in 2014 and conducted drone warfare across the Middle East and North Africa.
A cursory examination of the foregoing political history reveals that the Democratic Party, no less so than its Republican counterpart, represents the interests of the American corporate plutocracy not the American people.
The idea that the Democrats are a ‘lesser evil’ is pure fiction. The belief that a ‘political revolution’ can be waged from within the Democratic Party is an illusion.
The Democrats are a party of criminals. They are a war party. They serve Wall Street. A vote for the Democrats is a vote for American imperialism, an empire that has committed crimes against humanity too vast to comprehend.
Likewise for the Republicans. The American political class should not be supported or respected. It should be imprisoned. But that would take a genuine ‘political revolution’ to accomplish.
*
Note to readers: please click the share buttons above or below. Forward this article to your email lists. Crosspost on your blog site, internet forums. etc.
Donald Monaco is a political analyst who lives in Brooklyn, New York. He received his Master’s Degree in Education from the State University of New York at Buffalo in 1979 and was radicalized by the Vietnam War. He writes from an anti-imperialist, anti-capitalist perspective. His recent book is titled, The Politics ofTerrorism, and is available at amazon.com