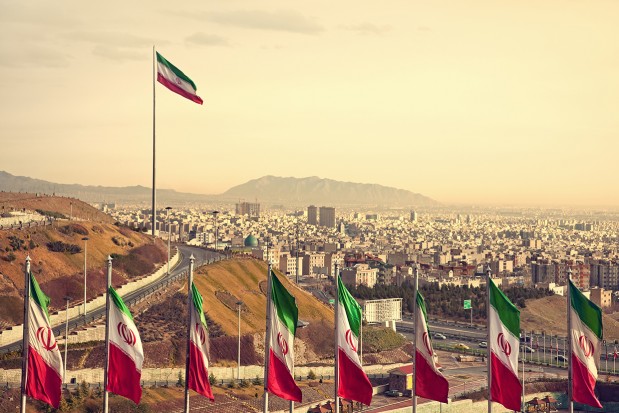 
Mena / 27-09-17 / by Sanne Wass
For the first time since last year’s lifting of sanctions against Iran, two European banks have announced the signing of financing deals with Iranian banks, and more are ready to follow.
Austria’s Oberbank and Denmark’s Danske Bank each entered into framework agreements with a number of Iranian banks on Thursday, under which they will provide financing for Austrian and Danish companies exporting to Iran.
The announcements could have huge symbolic significance as many large European banks continue to stay away from the Iranian market, wary of being penalised by the US sanctions that remain in place.
The Oberbank deal was signed with 14 Iranian banks: Parsian Bank, Saman Bank, Eqtesad Novin Bank, Bank Parargad, Karafarin Bank, Middle East Bank, Bank Melli Iran, Bank Mellat, Bank Sepah, Tejarat Bank, Bank of Industry and Mine, Export Development Bank of Iran, Refah Bank and Keshavarzi Bank.
The Austrian export credit agency Oesterreichische Kontrollbank (OeKB) is providing export credit guarantees under the agreement.
Oberbank is supposedly the first European bank to sign such an agreement in Iran, according to the bank’s general manager Helmut Edlbauer. He tells GTR the deal does not include an exact value, but the parties are expecting to support business worth about €1bn. With several projects in the pipeline, they expect to back the first exports this year.
“The contract will support and increase the business of our Austrian exporters to the Iranian economy in certain fields, including healthcare, infrastructure and green power,” he says. “We will support our long-term customers, where we know exactly who they are and what they are doing.”
The deal has been long underway. Edlbauer explains that Oberbank has had close business relations with Iranian companies and banks for many years, from before the sanctions were imposed – links that the bank was keen to re-establish following the implementation of the Iranian nuclear deal in January 2016.
“We worked really hard to come back to the old situation, to re-establish relations with all the partners again,” he says. “All the compliance and all the documentation is the base for being able to do transactions with banks in Iran and this was not an easy job and it took time.”

More banks to follow
The move could see other European banks follow suit. Also on Thursday (September 21), Denmark’s Danske Bank entered a similar €500mn financing agreement with 10 Iranian banks: Saman Bank, Bank Mellat, Tejarat Bank, Bank Melli Iran, Bank of Industry and Mine, Bank Sepah, Bank Pasargad Iran, EN Bank, Bank Keshavarzi and Parsian Bank.
A spokesperson for Danske Bank tells GTR: “In selected cases, where Danske Bank has ensured that co-operation with businesses in Iran doesn’t conflict with any EU or US sanctions, we have the possibility to help our key business clients. This framework agreement means that we can now can support our key business customers with longer financing for their projects in Iran.”
Meanwhile, France’s Bpifrance has confirmed to GTR that it plans to provide up to €500mn in buyer’s credit for Iranian companies importing from France, starting next year.
These various agreements have been long-awaited by European companies looking to tap into the huge Middle Eastern economy. Over the past year and a half, European firms have signed deal after deal in the country, but it has been questioned how these would be financed.
With banks now re-establishing their credit lines to Iran, they are paving the way for more confidence for European exporters, investors and other banks at a time when the US president’s harsh rhetoric against Iran intensifies.
For Edlbauer at Oberbank, Donald Trump’s remarks on Iran are not the cause of huge concern and he imagines that other European banks will follow in Oberbank’s footsteps.
“We know that Mr Trump is not really happy with Tehran, but nevertheless, this is allowed business. As long as we do business for our customers that is secured by the Austrian law, the Austrian government and the OeKB, then everything is fine.”
He emphasises the importance of having the political support from the Austrian finance ministry – without it, it could have taken the bank another year or two to finalise such a financing agreement.
“Our finance minister, Mr. Schelling, had a very good meeting in Tehran in June where the Austrian and Iranian finance ministries defined the commitment to support business between the two countries. This meeting was important, and without it, this deal would be impossible.”
--- ---
...

forbes.com 26/09/2017 Politics
European banks have begun a fresh wave of investment in Iran, just as Washington launches another attempt at restricting links between the US and Iran...View Details»

presstv.ir 21/01/2016 Economy
*** Iran has named a dozen of its banks which it says have been reconnected to the SWIFT international banking services system. Iran has named 12 dome...View Details»

Concerns mount for human toll after US blacklists Iran’s banks ...
aljazeera.com 10/10/2020 Economy
While the Trump administration insists that sanctions do not interfere with the flow of humanitarian goods, critics in Iran and outside of it are push...View Details»