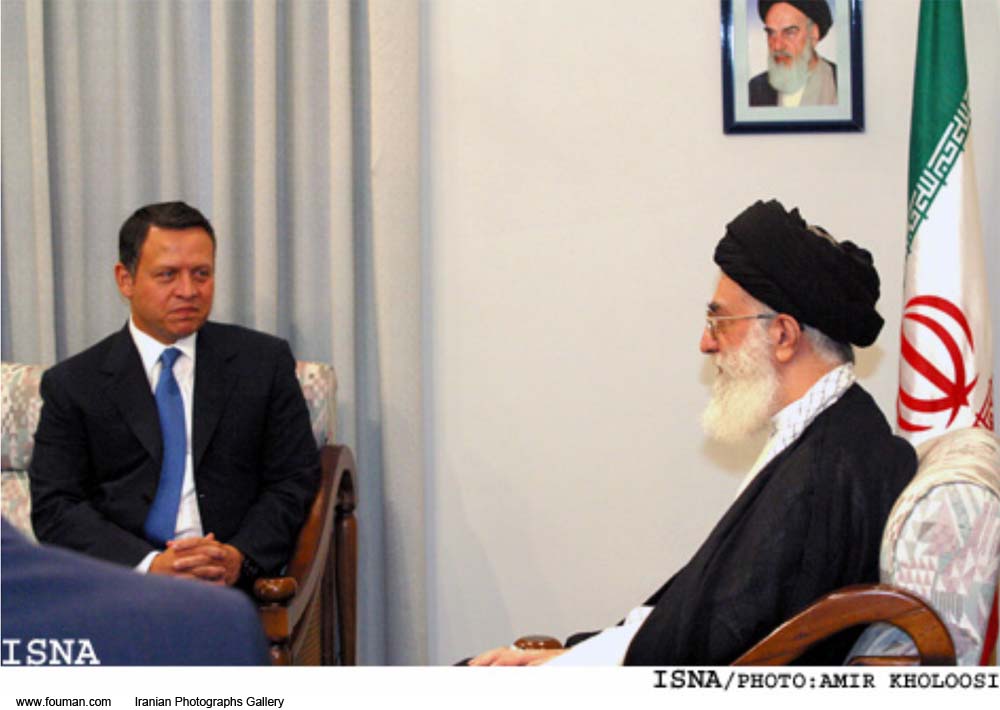 Abdollah 2, the king of Jordan entered Tehran. President Khatami personally welcomed him during an official salutation ceremony at the Mehrabad airport. King Abdollah's visit came as a surprise because the relations between the two countries were severed after the Islamic Revolution. Ayatollah Khomeini had labeled Melek Hossein, Abdollah's deceased father, a puppet king, and a bellboy for the western powers. This was one of the reasons that relations between the two countries became cold after the fall of the Pahlavi regime in 1979. President Khatami signaled moderation inside Iran and tried to soften the hardliner image with a smile. But indeed, the real players inside Iranian political system are not ready for such as change mainly because of fear from an open economy, society, freedoms, etc. Abdollah sought to use the opportunity and pursued active diplomacy which was not quite successful with Iran's cold shoulder.
A brief history of Jordan : Jordan gained its independence on May, 25, 1946 as one of many satellite countries created by the British colonists after the WWII. Abdollah is the fourth Hashemite king in a row. At the end of World War I, the territory now comprising Israel, Jordan, the West Bank, Gaza, and Jerusalem was awarded to UK by the League of Nations. The British divided the mandate by establishing the semiautonomous Emirate of Transjordan, later to become Jordan. Jordan was one of the states which assisted Palestinians against Israel. Jordan participated in the war between Israel and Arab states of Syria, Egypt, and Iraq in June 1967. In 1991, Jordan participated in direct peace negotiations with Israel sponsored by the U.S. and has since sought to remain in good relations with Israel.
The latter remains a critical point that is not inline with Iran's foreign policy. Although Iran was one of the few countries to support Israel against Arabs, since 1979 revolution, she does not recognize Israel....