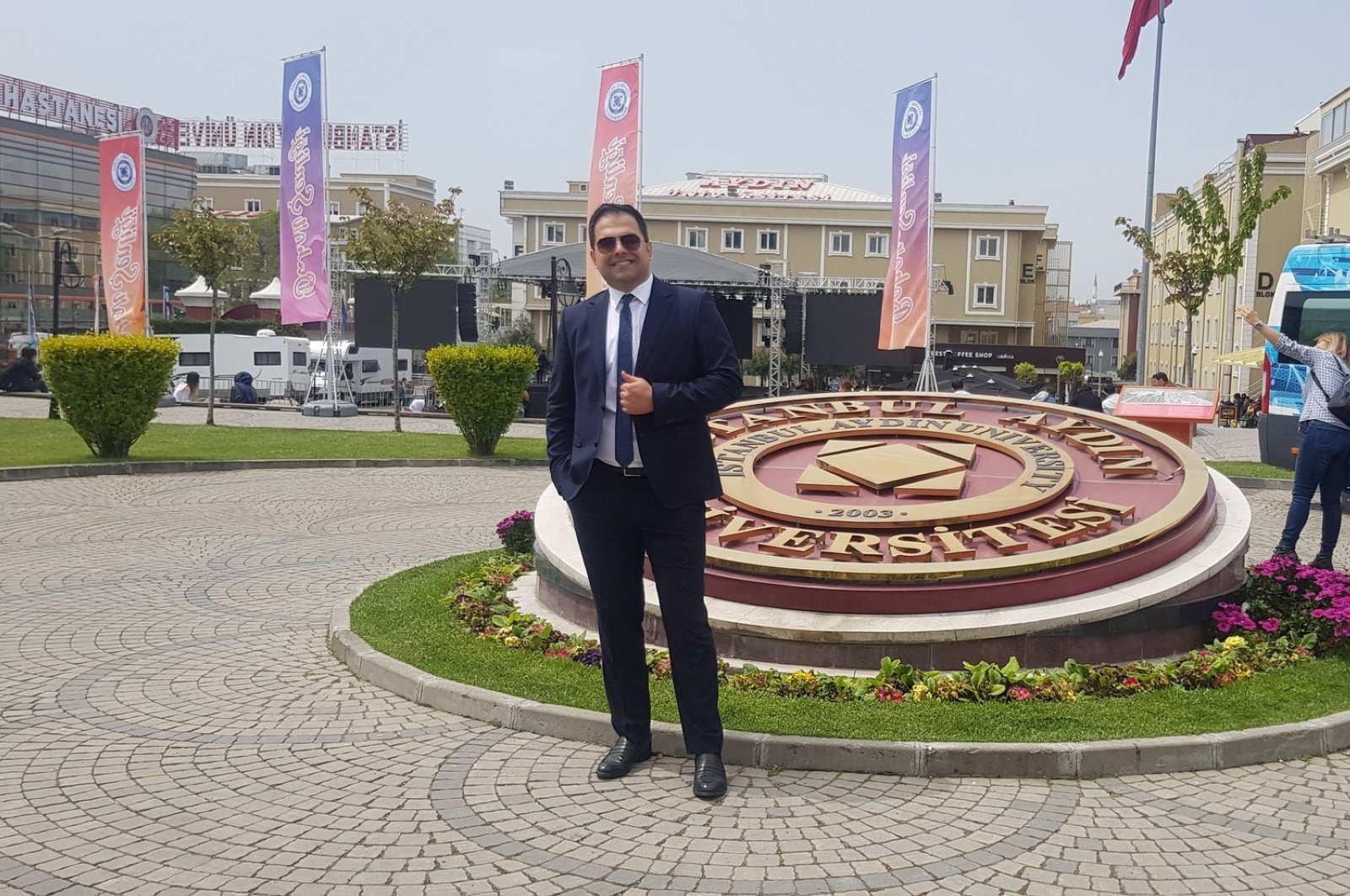 
A staff member of the Iranian Consulate in Istanbul was arrested for helping the mastermind of the murder of Masoud Molavi Vardanjani in 2019 in the city, Sabah newspaper reported. Muhammad Reza Naserzadeh, 43, is accused of forging travel documents for Ali Esfanjani, the alleged mastermind of the killing, to smuggle him to Iran.
Vardanjani was shot dead by Abdulvahap Koçak on Nov. 14, 2019, on a street in Istanbul’s Şişli district. He was a former intelligence operative for Iran before he moved to Turkey and launched a social media crusade to expose corruption involving Iranian officials.
Naserzadeh’s name came up when Siyavash Abazari Shalamzari, a suspect who helped Esfanjani flee into Iran following the murder, provided testimony for investigators. A court issued an arrest warrant for Naserzadeh, who was arrested earlier this week. The diplomat, who was working at the civic registry department of the consulate, claimed in his testimony that he was not in Turkey at the time of the murder and was not acquainted with Esfanjani or other suspects in the case. Shalamzari had claimed he saw Naserzadeh and another man he identified as Hacı Ağa pick up Esfanjani from Tehran airport after his plane landed. “Esfanjani had a new ID under the name of Abbas. I called Hacı to tell him that his name on the ID was wrong. He told me he would contact the consulate and asked me to proceed taking Esfanjani to Iran anyway,” he had said. He had claimed several Iranian intelligence officers also welcomed Esfanjani at the airport.
Vardanjani settled in Istanbul in June 2018 after fleeing Iran when an investigation was launched against him. He was prolific on social media with posts on corruption involving the Iranian administration and the Quds Force, a subsidiary of Iran’s Islamic Revolutionary Guard Corps. Esfanjani befriended Vardanjani and was supplying information about him to Iranian intelligence. It was Esfanjani who accompanied Vardanjani to the scene of his murder in 2019. An investigation had revealed that murder suspect Abdulvahap Koçak, who had ties to fugitive Iranian drug lord Naji Sharif Zindashti, had met Esfanjani prior to the murder. Zindashti, who is still at large despite a string of charges against him in Turkey, was also implicated in the disappearance of Habib Chaab, another Iranian dissident who disappeared in October. Chaab, who had been living in exile in Sweden, was allegedly lured to Istanbul by Iranian intelligence and was smuggled into Iran.
Thirteen suspects, including Koçak, were detained following the murder, while eight among them were remanded in custody.
Vardanjani’s death was likened to that of Jamal Khashoggi, the Saudi journalist who was killed at the Saudi Consulate in Istanbul. Though Vardanjani was not lured to the consulate, he was reportedly under the same surveillance of suspects linked to Iranian intelligence. A U.S. official had expressed their belief that Iran’s Ministry of Intelligence and Security was directly involved in the killing of Vardanjani.