“The World Cannot Breathe!” Squashed by the U.S. – A Country Built on Genocide and Slavery

“The World Cannot Breathe!” Squashed by the U.S. – A Country Built on Genocide and Slavery ...
globalresearch.ca 03/06/2020 Military


By Andre Vltchek
Global Research, June 02, 2020
More than two centuries of lies are now getting exposed. Bizarre tales about freedom and democracy are collapsing like houses of cards.
One man’s death triggers an avalanche of rage in those who for years, decades and centuries, have been humiliated, ruined, and exterminated.

It always happens just like this throughout the history of humankind – one single death, one single “last drop”, an occurrence that triggers an entire chain of events, and suddenly nothing is the same, anymore. Nothing can be the same. What seemed to be unimaginable just yesterday, becomes “the new normal” literally overnight.
For more than two centuries, the country which calls itself the pinnacle of freedom, has been in fact the absolute opposite of that: the epicenter of brutality and terror.

From its birth, in order to ‘clear the space’ for its brutal, ruthless European settlers, it systematically liquidated the local population of the continent, during what could easily be described as one of the more outrageous genocides in the human history.
When whites wanted land, they took it. In North America, or anywhere in the world. In what is now the United States of America, millions of “natives” were murdered, infected with deadly diseases on purpose, or exterminated in various different ways. The great majority of the original and rightful owners of the land, vanished. The rest were locked up in “reservations”. 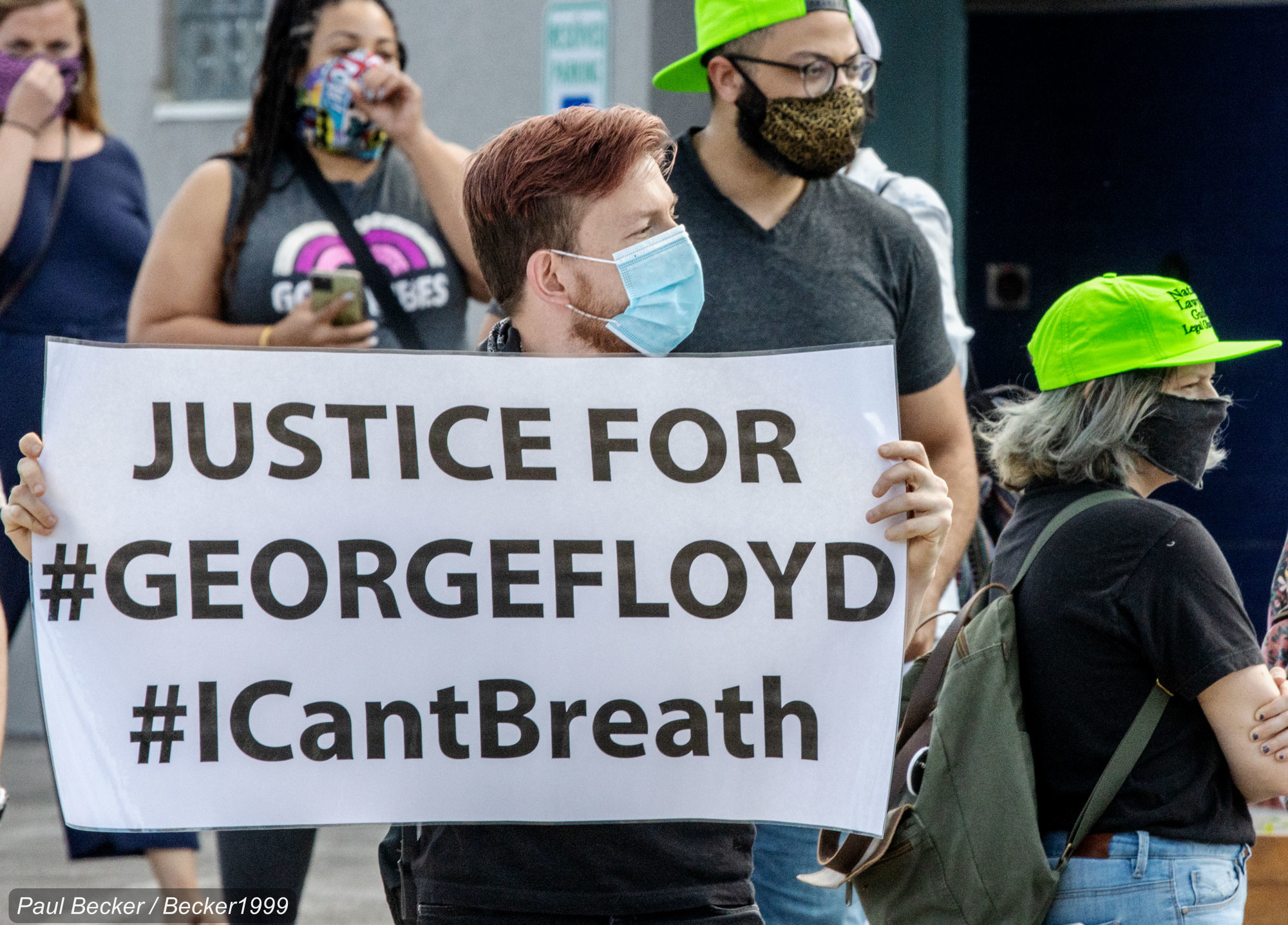 Simultaneously, the “Land Of The Free” thrived on slavery. European colonialist powers literally hunted down human beings all over the African continent, stuffing them, like animals, into ships, in order to satisfy demand for free labor on the plantations of North and South America. European colonialist, hand in hand, cooperated, in committing crimes, in all parts of the world.
What really is the United States? Is anyone asking, searching for its roots? What about this; a simple, honest answer: The United States is essentially the beefy offspring of European colonialist culture, of its exceptionalism, racism and barbarity.
Again, simple facts: huge parts of the United States were constructed on slavery. Slaves were humiliated, raped, tortured, murdered. Oh, what a monstrous way to write the first chapters of the country’s history!
The United States, a country of liberty and freedom? For whom? Seriously! For Christian whites?
How twisted the narrative is! No wonder our humanity has become so perverse, so immoral, so lost and confused, after being shaped by a narrative which has been fabricated by a country that exterminated the great majority of its own native sons and daughters, while getting insanely rich thanks to unimaginable theft, mass-murder, slavery and later – the semi-slavery of the savage corporate dictatorship!
The endemic, institutionalized brutality at home eventually spilled over to all parts of the planet. Now, for many decades, the United Stated has treated the entire world as full of its personal multitude of slaves. What does it offer to all of us: constant wars, occupations, punitive expeditions, coups, regular assassinations of progressive leaders, as well as thorough corporate plunder. Hundreds of millions of people have been sacrificed on the grotesque U.S. altar of “freedom” and “democracy”.
Freedom and democracy, really?
Or perhaps just genocide, slavery, fear and the violation of all those wonderful and natural human dreams, and of human dignity?
*
Then one single death of a man whose neck got crushed by the knee of a ruthless cop. And the country has exploded. Hundreds of thousands of pro-democracy fighters and activists are now flooding the streets of Minneapolis, Washington D.C., New York City, Atlanta, Los Angeles, and other U.S. cities.
The death of Mr. George Floyd is a symbol, really, as black people get murdered in the most despicable way, almost every day. From January 2015 to date, for instance, 1,250 African-American citizens have been shot and killed by the police, in our democratic U.S.A.
In the “Country of Freedom”, 2.3 million human beings are rotting away alive in the increasingly privatized prisons. The U.S. prisoner rate is the highest in the world. Holding people behind bars is big business. Minorities form a disproportionately high percentage of the detainees.
*
And that is not all. Actually, the entire world has already become one huge prison. Look around: the whole planet is now being monitored, policed in that very special and thorough U.S. way; policed, brutalized, and if it dares to protest – pitilessly chastised.
Essential terms are all being twisted. The country abusing its own people, as well as the entire world, is defined by its own corporate mass media and propaganda system, as “free” and “democratic”. Those nations that are defending their own people against the brutal diktat of the empire, are insulted, called ‘regimes’ and ‘dictatorships’.
I have already described this madness in my 800-page book, “Exposing Lies of the Empire”, after witnessing some of the deadliest trends being spread by the United States in some 160 countries.
The murder of George Floyd unleashed resistance; it opened many eyes. In the United States, and everywhere else. Mr. Floyd, African-Americans, Native Americans and other oppressed people in the United States are brothers and sisters of those billions of men and women who are to this day, colonized, brutalized and murdered by the Empire, all over the world.
Let this be the beginning of a new wave of the global liberation struggle!
Now more and more people can finally see what few of us have been repeating for years: The entire world has its neck squashed by the U.S. boot. The entire world “cannot breathe”! And the entire world has to fight for its right to be able to breathe!
*
Note to readers: please click the share buttons above or below. Forward this article to your email lists. Crosspost on your blog site, internet forums. etc.
Andre Vltchek is a philosopher, novelist, filmmaker and investigative journalist. He has covered wars and conflicts in dozens of countries. Six of his latest books are “New Capital of Indonesia”, “China Belt and Road Initiative”,“China and Ecological Civilization” with John B. Cobb, Jr., “Revolutionary Optimism, Western Nihilism”, the revolutionary novel “Aurora” and a bestselling work of political non-fiction: “Exposing Lies Of The Empire”. View his other books here. Watch Rwanda Gambit, his ground-breaking documentary about Rwanda and DR Congo and his film/dialogue with Noam Chomsky “On Western Terrorism”. Vltchek presently resides in East Asia and Latin America, and continues to work around the world. He can be reached through his website, his Twitter and his Patreon. He is a frequent contributor to Global Research.
--- ---
...