Iran still ready for prisoner swap with US: Foreign Ministry 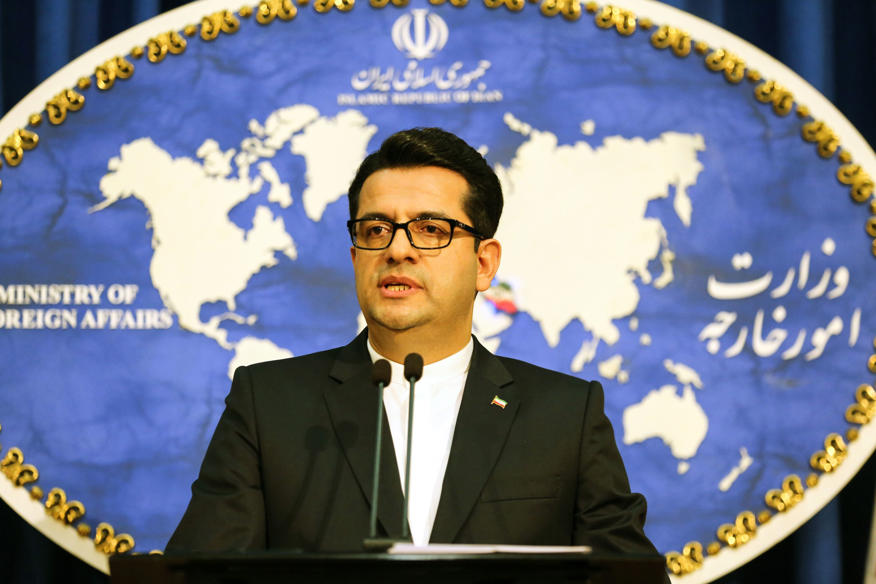 The Iranian Foreign Ministry says the Islamic Republic is still ready to negotiate a prisoner exchange with the United States.
"The Islamic Republic of Iran, as also announced by [Foreign Minister Mohammad Javad] Zarif, is ready to start talks about a prisoner swap," Foreign Ministry Spokesman Abbas Mousavi said on Friday.
The Iranian official made the comments at a presser on the release of an Iranian woman after spending over two years behind bars in Australia and the US.
A US federal court on Tuesday sentenced Negar Ghodskani, who had been extradited to the US from Australia, to 27 months of time served for alleged violation of US sanctions.
Ghodskani was pregnant when Australian Federal Police arrested her on behalf of US authorities in 2017 over what Washington claimed was flouting US sanctions on Iran by purchasing US electronics components and products.
The Iranian spokesperson told reporters that Ghodskani was arrested some three years ago in Australia "at US officials' request based on unfounded accusations and was kept in extremely difficult and inhumane conditions."
He added that during her detention, consular support for "this innocent Iranian citizen" had been on the agenda of Iran's embassy in Australia and the Foreign Ministry.
Mousavi added that Iran had protested Ghodskani's extradition to the US which was carried out in violation of regulations and her rights.
He noted that Iran's Foreign Ministry attaches great importance to the restoration of rights of all Iranian citizens "cruelly prosecuted by the US judicial system under the pretext of violating US sanctions against Iran."
Iranian President Hassan Rouhani on Thursday reiterated Tehran's preparedness for a prisoner swap with the United States, saying, "We have talked and negotiated several times with American officials in the past for the release of the two sides' prisoners and sometimes we have been successful."
Speaking at a press conference in New York, which marked the end of his participation in the 74th annual session of the UN General Assembly, he, however, emphasized that "the ball is in the US' court" now.
Rouhani referred to the release in June of Lebanese national Nizar Zakka, who has US permanent residency and had been imprisoned for four years after being convicted of spying for the United States. Iran released Zakka following mediation efforts by President Michel Aoun of Lebanon.
However, US Secretary of State Mike Pompeo declined on Thursday to discuss the possibility of a US-Iranian prisoner swap, saying, "So, I never talk about sensitive issues as you described there,” Pompeo told reporters in New York.
Iran's foreign minister in April publicly expressed Tehran’s preparedness for a prisoner swap with the US, saying he has been authorized to negotiate the deal with American officials.
He called on Washington to swap all Iranians jailed in the US and on extradition requests from the US, mostly for alleged violations of US export restrictions and sanctions violations, with those imprisoned in Iran.

---The Iranian Foreign Ministry says the Islamic Republic is still ready to negotiate a prisoner exchange with the United States. ---
...