The Moment the US Ended Iran’s Brief Experiment in Democracy | The Nation...
thenation.com 28/08/2013 News

Sixty years ago this week, on August 19, 1953, the United States, in collaboration with Britain, successfully staged a coup in Iran to overthrow democratically elected Prime Minister Mohammad Mossadegh that a newly declassified CIA document reveals was designed to preserve the control of Western companies over Iran’s rich oil fields.
The US government at the time of the coup easily had manipulated Western media into denigrating Mossadegh as intemperate, unstable and an otherwise unreliable ally in the Cold War, but the real motivation for hijacking Iran’s history was Mossadegh’s move to nationalize Western-controlled oil assets in Iran. According to the document, part of an internal CIA report:

The target of this policy of desperation, Mohammad Mosadeq, [sic] was neither a madman nor an emotional bundle of senility as he was so often pictured in the foreign press; however, he had become so committed to the ideals of nationalism that he did things that could not have conceivably helped his people even in the best and most altruistic of worlds. In refusing to bargain—except on his own uncompromising terms—with the Anglo-Iranian Oil Company, he was in fact defying the professional politicians of the British government. These leaders believed, with good reason, that cheap oil for Britain and high profits for the company were vital to their national interests.

There you have it, the smoking-gun declaration of the true intent to preserve high profits and cheap oil that cuts through all of the official propaganda justifying not only this sorry attempt to prevent Iranian nationalists from gaining control over their prized resources but subsequent blood-for-oil adventures in Iraq and Kuwait. The assumption is that “the best and most altruistic of worlds” is one that accommodates the demands of rapacious capitalism as represented by Western oil companies.

Tragically, the coup that overthrew Mossadegh also crushed Iran’s brief experiment in democracy and ushered in six decades of brutal dictatorship followed by religious oppression and regional instability. If Iran is a problem, as the United States persistently and loudly insists, it is a problem of our making. Mossadegh, who earned a doctorate in law from Neuchatel University in Switzerland, was not an enemy of the American people; he was an Iranian nationalist who as the CIA’s own internal report concedes was preoccupied with the well-being of his people as opposed to the profitability of Western oil interests.

The CIA report derides the Western media’s acceptance at the time of the coup of the demonization of all actors on the world stage that fail to follow the approved script provided by the US government. As the report notes, the “complete secrecy about the operation,” breached only by leaked information, made it “relatively easy for journalists to reconstruct the coup in varied but generally inaccurate accounts.”

Without conceding responsibility for misleading the media, the report says, “The point that the majority of these accounts miss is a key one: the military coup that overthrew Mosadeq [sic] and his National Front cabinet was carried out under CIA direction as an act of US foreign policy, conceived and approved at the highest levels of government. It was not an aggressively simplistic solution, clandestinely arrived at, but was instead an official admission that normal, rational methods of international communication and commerce had failed. TPAJAX (the operation’s codename) was entered into as a last resort.”

Parts of the formerly top secret report, an internal CIA study from the 1970s titled “The Battle for Iran,” which detailed the CIA-directed plot, have been revealed previously. But the section disclosed Monday in response to a Freedom of Information Act lawsuit brought by the National Security Archive is, as the archive’s research director Malcolm Byrne writes in Foreign Policy magazine, the first time the CIA admits to “using propaganda to undermine Mossadegh politically, inducing the shah to cooperate, bribing members of parliament, organizing the security forces, and ginning up public demonstrations.”

Please support our journalism. Get a digital subscription for just $9.50!

All of these actions were described in great detail by veteran CIA operative Kermit Roosevelt in a lengthy interview with me for the Los Angeles Times in 1979. Roosevelt is confirmed in the newly released documents as having the leading role in planning and executing the coup. In the interview, Roosevelt revealed his part for the first time, but instead of celebrating the success of the venture, he cautioned that it had set a terrible example.

As I summarized the conversation in the story that appeared on March 29, 1979: “Roosevelt said that the success of the operation in Iran—called Project AJAX by the CIA—so inspired then–Secretary of State John Foster Dulles that Dulles wanted to duplicate it in the Congo, Guatemala, Indonesia and Egypt, where he wanted to overthrow President Gamal Abdel Nasser. Roosevelt said that he resisted these efforts and finally resigned from the CIA because of them.”

Roosevelt, as he recounted in his memoir published five months after our interview, came away from the coup he engineered with serious concerns about the efficacy of such ventures. But unfortunately it became the model in Vietnam, Guatemala, Cuba, Afghanistan, Nicaragua and other countries, where the full official record is apparently judged still too embarrassing for our government to declassify. 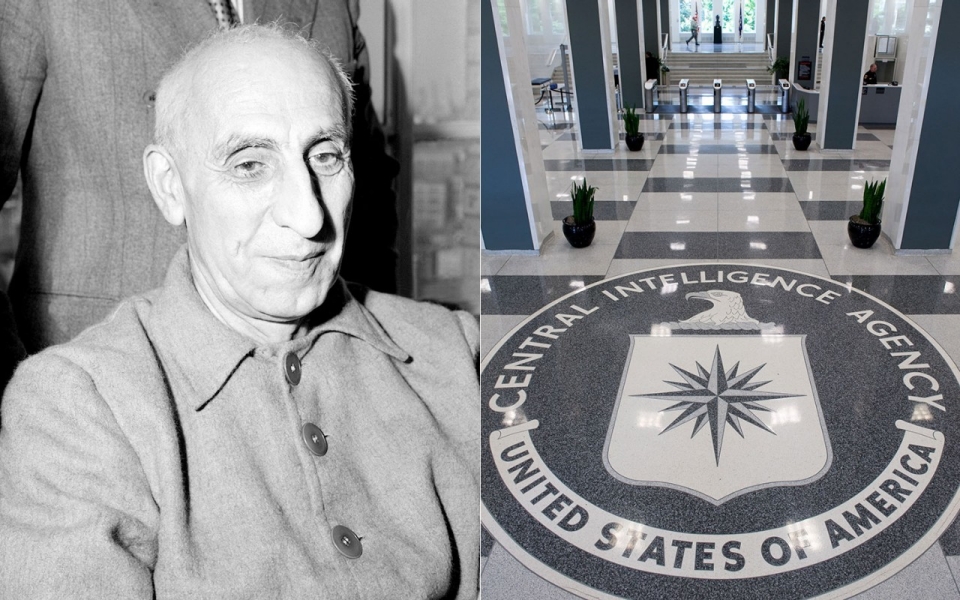