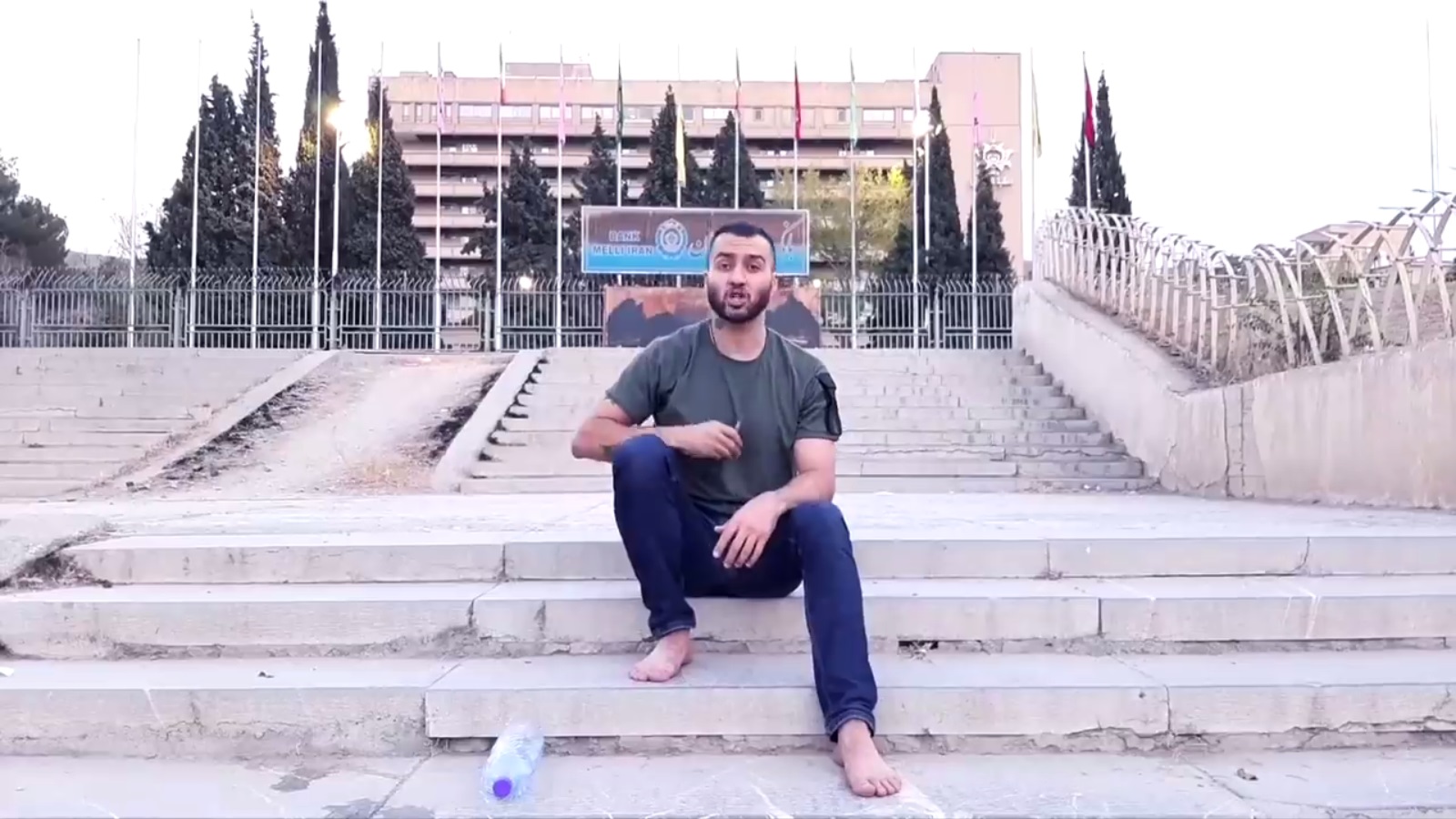 By Massoumeh Torfeh
The Iranian Revolution claimed to represent the voice of the poor when coming to power in 1979, but this week arrested a rapper who voices the struggles of the poor.
Iran’s dissident rapper, Toomaj Salehi, was arrested in the central city of Isfahan on Monday and taken to an unknown location by security forces. This is the latest in a continuous move to silence any form of dissent especially amongst the young and educated.
Toomaj is in his mid-20s and raps about the poor and the desolate whose life has increasingly become an intractable struggle for survival. That is in fact the same group of people in whose name, the leader of the 1979 revolution, Ayatollah Ruhollah Khomeini, confronted and toppled the Shah, Mohammad Reza Pahlavi. Khomeini called the poor “mostazafeen” and blamed the rich, “Mostakberin”, for having robbed and deceived them.
Forty two years later, while that social and economic inequality has widened, the ruling theocracy is not even able to tolerate a song in support of the poor.
“Have you seen their dark lives?” Toomaj asks in his latest song titled Normal Life. “Have you seen where they sleep? Have you seen their empty plates? They haven't even got money for their burials, are you not ashamed?” he asks.
Normal Life became popular and highly controversial because of its bravery in confronting the regime.
“Yes sir, yes sir, you are right, life is normal, that’s all we can say! we cannot demand our rights cos we will be detained.”
Toomaj Salehi raps about discrimination, social and economic injustice, corruption and security crackdowns. He accuses those in power of having got to where they are in the name of the poor, yet continuing to disregard their dire conditions and labelling those who protest as “rebels”.
He says we have a government that “executes” and enters into “criminal acts” rather than protecting the poor. The criticism is stark and in part mixed with gruesome black and white images of life in impoverished areas. “We don’t have a life, we are just living,” Toomaj says.
Year of sanctions and the additional burden of Covid-19 have mounted pressure on Iranians especially the poorer segments of the population. The decline in oil revenues and restricted access to foreign reserves due to US sanctions has led to a sharp depreciation in the exchange rate. Job losses through the pandemic and high inflation “has deteriorated welfare particularly that of already vulnerable households,” according to the World Bank which also predicts that the trend of economic pressure on poor households will continue.
Iran is well aware of the burden on the poorer classes but its ruling clique wants to appear victorious against US sanctions. To justify its narrative and its mismanagement of the economy it has resorted to silencing those who reveal its ineptness. This enrages those hard pushed for basic necessities of life.
“Iranian security forces have resorted to unlawful use of force including mass arrests to ruthlessly crackdown on predominantly peaceful protests,” said Amnesty international about the latest series of protests in August. They highlighted 'severe' bodily injuries, cruel methods of torture and other ill treatment of the many victims aged between 20-35, coming from deprived areas.
That’s what Toomaj refers to when he says “they label you a rebel if you protest to get your rights.”
These protests, which have gone on for over 20 years, increased with the added burden of the US sanctions reaching a peak in January 2018, and then November 2019, when there was a sudden hike in fuel prices of at least 50 percent.
Toomaj is from the generation who has witnessed it all both as a child and now as a young man. That’s why he is relentless in his attack on the authorities. In his famous rap, Mouse Hole, he even accuses anyone who is silent about the conditions as being “partners in crime.”
The up and coming rapper follows in the footsteps of the veteran rapper, Hichkas (meaning nobody) nicknamed “the father of Iranian rap” who rose to prominence after the mass protests of 2009. He managed to flee Iran and now lives in London.
Contemporary songs seem to have become increasingly more direct in their criticism of the regime. One of the first protest songs which came out during the 1999 mass student protests was called “Let’s Stand Together” by Mohammad Reza Shajarian. “Separately, we will never heal this common pain” he said. That line appeared very bold at the time but now sounds timid compared to the outpouring of anger and dissent from Hichkas and Toomaj or several other protest rappers.
Toomaj and Hichkas speak fearlessly to the complex set of social, cultural and economic pains that many Iranians are suffering in silence. Arrests, mistreatment, torture, and forced confessions seem to have increased the intensity of the protests and the songs.
Toomaj’s Instagram account, where you could find all his songs has been blocked. Since, the hashtag #FreeToomaj has been doing the rounds.
“Please be his voice,” Hichkas tweeted about Toomaj, “as he has been the voice of his people suffering under the Islamic Republic's rule.”