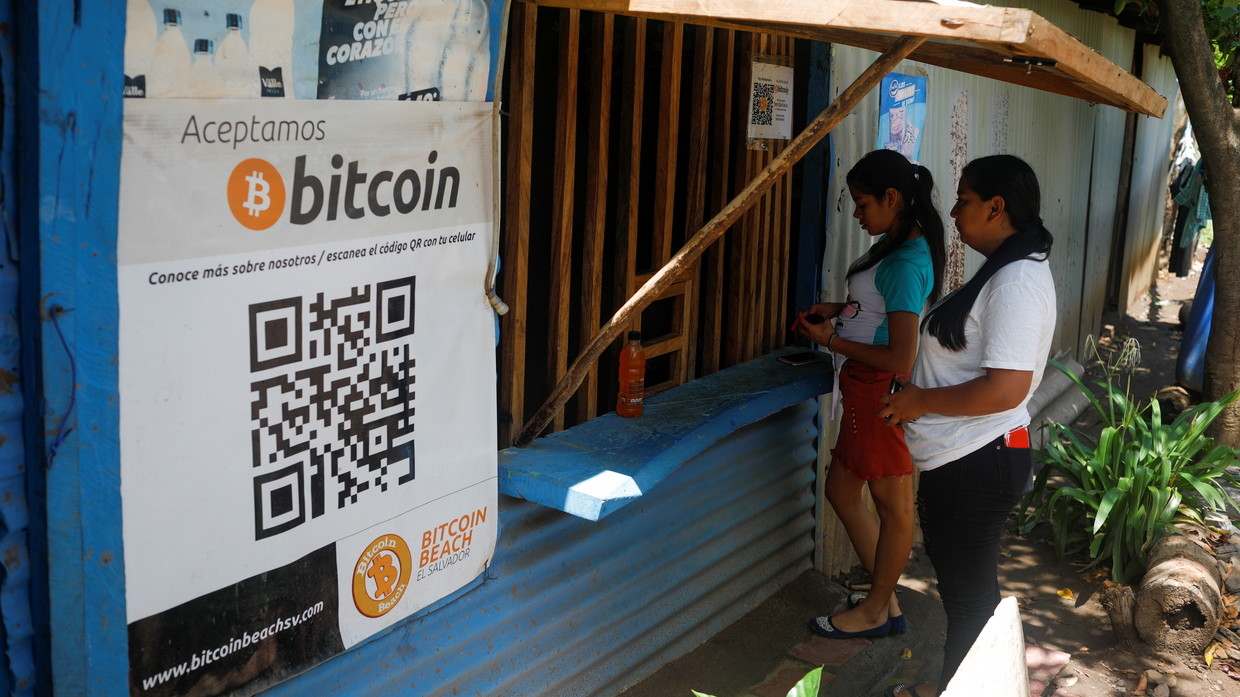 El Salvadoran President Nayib Bukele announced that his government has just purchased its first 400 bitcoin as it prepares to become the first sovereign nation to legitimize the digital currency as legal tender.
“El Salvador has just bought its first 200 coins,” Bukele said on Monday afternoon. “Our brokers will be buying a lot more as the deadline approaches.”
El Salvador has just bought it’s first 200 coins.Our brokers will be buying a lot more as the deadline approaches.#BitcoinDay#BTC
— Nayib Bukele (@nayibbukele) September 6, 2021
Several hours later, Bukele revealed that El Salvador bought another 200 coins, increasing its cryptocurrency stake to 400 bitcoin.
El Salvador just bought 200 new coins.We now hold 400 #bitcoin#BitcoinDay
— Nayib Bukele (@nayibbukele) September 6, 2021
Bitcoin’s market price rallied on the announcement, rising above $52,000. El Salvador, one of the poorest countries in the Western Hemisphere, will legalize bitcoin as an official currency – alongside the US dollar – on Tuesday.
El Salvador’s conservative opposition Nationalist Republican Alliance (ARENA) political party mocked Bukele for the bitcoin purchase, accusing the government of gambling with the nation’s money and arguing that its monetary politics caused $10 million losses to the state budget.
Bukele shot back, accusing the opposition bloc, which governed the country between 1989 and 2009, of embezzling state funds.
“This is literally less than 0.03% of what you stole when you were in government,” Bukele tweeted.
Bukele unveiled the Central American nation’s cryptocurrency plan in June, sounding what payment application Strike called “the shot heard ’round the world for bitcoin” and potentially a global precedent for developing nations. Strike helped El Salvador’s government set up hundreds of bitcoin ATMs and a digital wallet called “Chivo,” meaning “cool” in Spanish.
The move was hailed as a way to reduce vulnerability to central-bank manipulation of the country’s economy and make its financial system more inclusive. Most Salvadorans don’t have bank accounts, and the millions of citizens living overseas typically have to pay fees to remittance services to send money home.
But the strategy has been controversial, too, leading to protests in San Salvador, the capital. Protesters, including pensioners, fear that they will be forced to accept the volatile cryptocurrency as payment, but Bukele countered that bitcoin isn’t mandatory, and residents will still be able to deal in dollars if they prefer.
The #Bitcoin protests in El Salvador seem totally organic. pic.twitter.com/g095AIlc42
— Crypto Daily (@Crypto_Daily) August 31, 2021
The 40-year-old president also has made himself a target for criticism from abroad. The Los Angeles Times posted an article on Monday accusing him of “dismantling democracy.”
On the contrary, bitcoin enthusiasts, such as Michael Saylor, called for supporters to buy $30 of the cryptocurrency on Tuesday “in solidarity with the people of El Salvador and their leader.”
On September 7, El Salvador will officially begin using #Bitcoin as its national currency alongside the U.S. dollar. Every cyber hornet I know is planning to buy $30 in BTC tomorrow in solidarity with the people of #ElSalvador and their leader @nayibbukele. Will you join us?
— Michael Saylor (@michael_saylor) September 6, 2021
Bukele himself has said he hopes the new currency law would thrust his country into the international spotlight. “Tomorrow, for the first time in history, all the eyes of the world will be on El Salvador,” he said. “Bitcoin did this.”
Tomorrow, for the first time in history, all the eyes of the world will be on El Salvador.#Bitcoin did this.#BTC https://t.co/h3zO2COYmb
— Nayib Bukele (@nayibbukele) September 6, 2021
--- ---
...