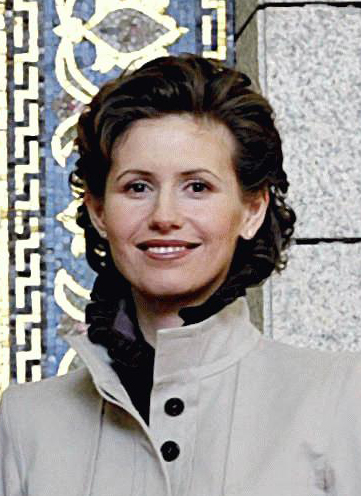 London-born wife of Syria’s president faces possible trial in UK, pending outcome of probe
Tom Batchelor
The Metropolitan Police has opened a preliminary investigation into Asma al-Assad, the wife of the Syrian president, over allegations of incitement and encouragement to commit acts of terrorism.
London-based Guernica 37 International Justice Chambers submitted a filing with the war crimes unit of the Met’s counterterrorism command, which is now assessing the details of the referral to determine whether there are sufficient grounds to warrant further investigation.
The dual British-Syrian national was born and raised in London and worked in investment banking before marrying Mr Assad shortly after he became president.
Lawyers say she could face the possibility of prosecution and loss of her British citizenship, pending the outcome of the preliminary “scoping exercise”.
Guernica 37’s submission of evidence – first reported by The Sunday Times – comes just before the date on which the Syrian civil war began 10 years ago.
Ms Assad, 45, has stood by her husband since Arab Spring protests against the family’s oppressive rule broke out in 2011.
Hundreds of thousands of people have died and millions more have been displaced by the conflict.
In a statement, the law firm accused the Syrian government of a “systematic approach to the torture and murder of civilians”, of using “chemical and prohibited weapons, indiscriminate targeting of civilians, the arbitrary arrest, torture and murder of several thousand civilian detainees” and of using a “propaganda campaign to encourage and incite crimes committed against the civilian population”, among a number of charges.
Guernica 37 alleged that “one of those influential persons who is alleged to have encouraged or incited acts of terrorism is the first lady of Syria”.
The practice added: “It would not be appropriate to comment on the specific allegations or the evidence that supports those allegations. However, as the subject is a British national it is important that she faces prosecution if the evidence supports the allegation and not merely stripped of her citizenship.
“This is an important process, and it is only right that justice is served before an English court.”
A Met Police statement given to The Independent said: “We can confirm that the Met’s war crimes unit, part of the counterterrorism command, received a referral on 31 July 2020 relating to the ongoing Syrian conflict. The referral is in the process of being assessed by officers from the war crimes unit.”
The Independent contacted an associate of the Syrian government for comment.
Ms Assad grewn up in Acton as Asma Akhras, the daughter of a cardiologist, and completed a degree in computer science at King's College London.
She met her husband, who is a qualified eye surgeon, when he studied in London for about 18 months, and the couple have three children.
Mr Assad, helped by Russia’s military and Iranian militias, now controls much of Syria.
Turkey continues to control swathes of territory in the northwest, while the US has a presence in the northeast.
Now that the fighting has subsided – though the US and Israel continue to launch airstrikes – people are gradually trickling back to parts of the country that have been ravaged by war.
However, more than half of Syria’s pre-war population are still either internally displaced inside Syria or are refugees in other countries, according to new figures released by the UN's Office for the Coordination of Humanitarian Affairs.
Syria faces fresh problems today, including the spread of Covid and a devastated economy.
--- ---
...

ISIS: Made in Washington, Riyadh – and Tel Aviv ...

original.antiwar.com 25/08/2014 Military
by Justin Raimondo, August 25, 2014 The Islamic State in Syria (ISIS) is being touted as the newest "threat" to the American homeland: hysterics have...View Details»