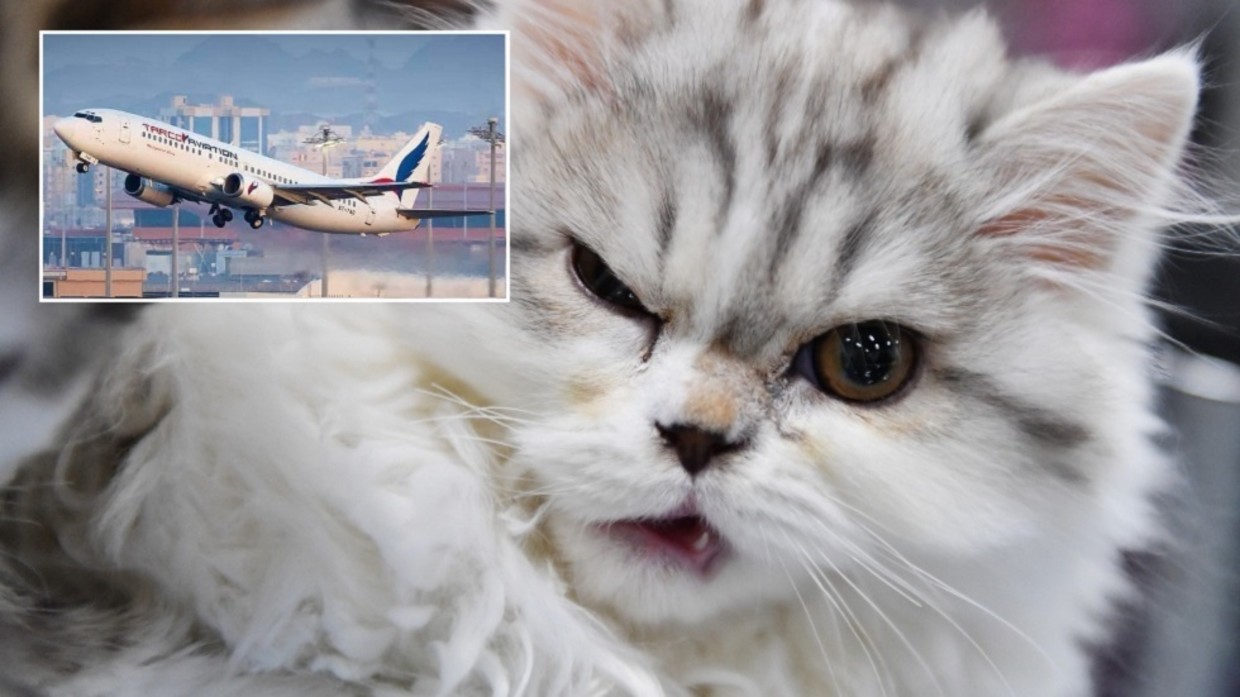 A passenger plane was forced to return to the airport in the Sudanese capital of Khartoum after an angry cat, which somehow got into the cockpit, attacked the pilots shortly after takeoff, local media reports.
This Wednesday's flight of the Sudanese Tarco airline bound for Qatar’s capital, Doha, was proceeding in a totally routine manner – that is, until a most unlikely passenger caused an emergency mid-air.
Having departed from the Khartoum International Airport, the plane was in the air for roughly half an hour when an unregistered passenger was spotted inside the pilot’s cabin. The passenger in question was a ferocious cat, according to a report by the local news outlet Al-Sudani.
The feline clearly wasn’t a big fan of flying as it acted aggressively and attacked the crew. Apparently, after all attempts to restrain the furry hijacker failed, the pilot made a decision to turn the plane around and return to the Sudanese capital.
In its quest to investigate the spurr-ious story, Al-Sudani obtained information that the aircraft had spent a night stationed at a hangar at the Khartoum airport ahead of the flight. Their source suggested that the cat likely sneaked aboard during cleaning or engineering review and hid inside the cabin to surprise the pilots later.
As baffling as the incident may sound, this is not even the first “hijacking” attempt of the kind. In 2004, a Belgian airliner with 62 people on board was forced to return to Brussels after one “well-traveled” feline called Gin went berserk in the cockpit following an unexplained escape from a travel bag. The stressed cat sneaked into the pilot cabin when the meal was being served to the crew and then became “very aggressive and scratched the co-pilot,” leading to the unexpected landing. The very same year a seemingly unrelated cat-attack took place on board the national Bangladeshi carrier. A pilot was reportedly offered first aid after being pounced on by a stray cat en route to Dhaka – but the crew decided to complete the flight regardless. The attacker then bizarrely managed to evade security and escaped, only to be caught in the airport hours later.
In 2013, a Saudi cargo flight from Riyadh to Hong Kong was cancelled at the last moment after the pilot terrified a furry stowaway by starting the engine – and paid for it with a few scratch injuries. Local media claimed the cat was never found.
--- ---
... Dogs of War! A Look at Nations Involved in Saudi-Led Airstrikes on Yem...

abcnews.go.com 10/04/2015 Arts
By JON GAMBRELL Associated Press A Saudi-led coalition has been targeting Shiite rebels and their allies in Yemen in a campaign of airstrikes, now in ...View Details»