Iran Opens a Supermarket in Venezuela With High-Tech Covid Defenses 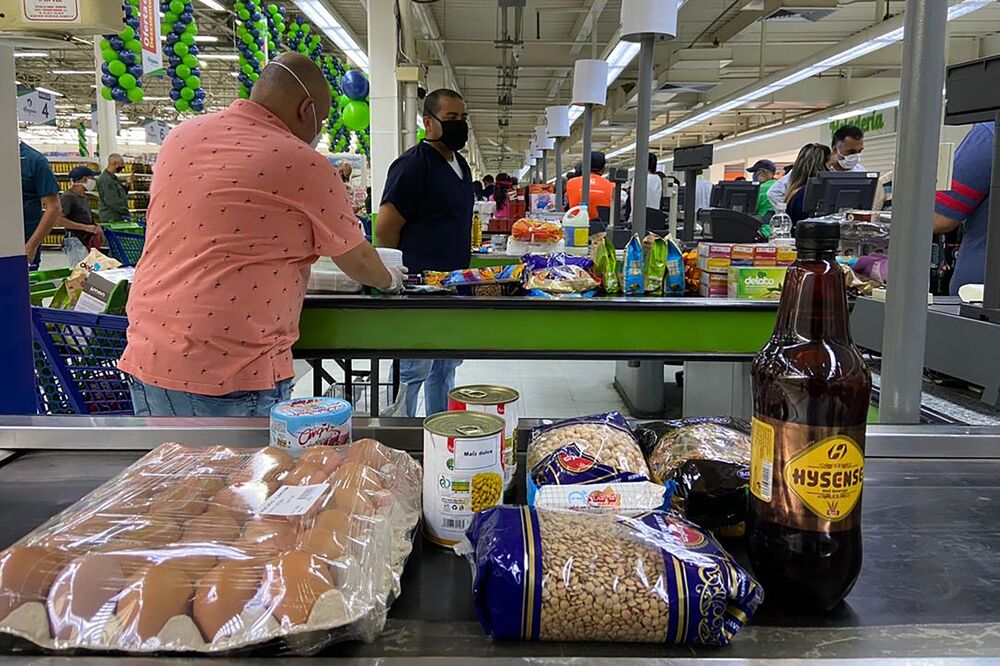 
Backing Maduro, Iran Opens Covid-Proof Supermarket in Venezuela
By Alex Vasquez
July 31, 2020, 1:34 AM GMT+4:30
Shoppers are sprayed with disinfectant before entering store
Mysterious products for some, with Persian and English labels
A supermarket opened in Caracas on Thursday -- not normally a newsworthy event.
But it is the first one owned by a company in Iran, one of the few countries helping Venezuela President Nicolas Maduro evade U.S. sanctions. And it comes equipped with a kind of high-tech Covid shield -- an airport-scanner-like booth that measures shoppers’ temperatures and sprays them with disinfectant mist.
Megasis, as it is called, fills a massive warehouse in eastern Caracas, a cross between Home Depot and Costco, with tires, tractors and edibles, some of which appear mysterious to the Venezuelan palate and bear labels in Persian and English, but no Spanish.
Eliza Merchan, a 52-year-old accountant, one of the store’s first shoppers, stuck to local vegetables, staying away from the Varamin corn oil ($2) and Eram cola (82 cents), even though they were much cheaper than their local versions.
“I don’t even understand what the labels say,” she said. “My budget is too tight to start being creative.” In June, the monthly basket price for goods needed to support a family of five rose
Merchan’s grocery shopping drew the censure of the U.S. government. Michael Kozak, an assistant secretary of state, gave a telephone press briefing in which he said that the store represents “an alliance of pariah states.”
He added, “Any presence of the Islamic Republic in Venezuela is not something we look favorably on. This state is a sponsor of terrorism. Iran is willing to play around, sell stuff to Venezuela, when Venezuela doesn’t have the money to pay.”
Iran’s Ambassador to Venezuela, Hojjatollah Soltani, put it differently, saying, “Despite the sanctions, despite the threats, we are two sister nations.”
The store has a bit of everything -- clothes, SUV tires, diapers, canned food, cleaning products and dog food made in the U.S.
“There are a lot of weird things, but I don’t care, as long as the prices are good,” said Juan Escalona, ​​a 45-year-old construction worker, while buying a package of Iranian black beans. 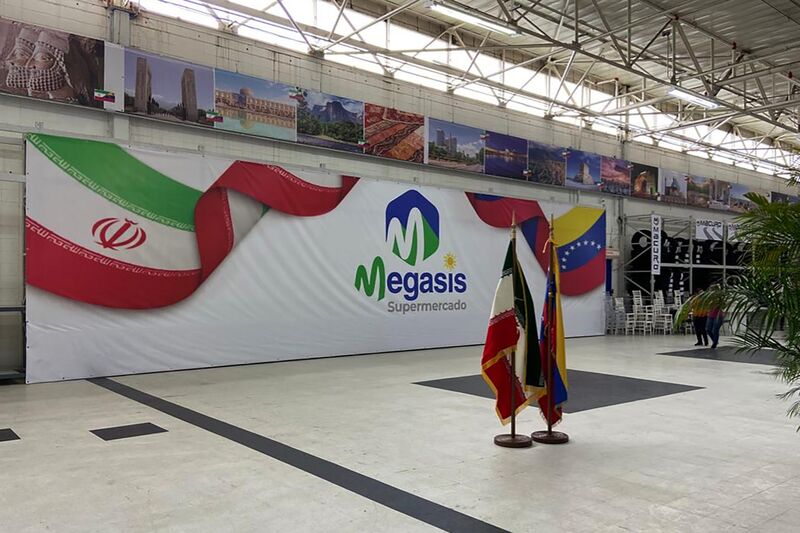 Iranian and Venezuelan flags stand in front of signage during the grand opening of Megasis.

* * * Photographer: Alex Vasquez/Bloomberg
Toward the back of the store, where giant Iranian blankets are hung, there is also a large poster with the flags of Iran and Venezuela together. In May, Iran sent five gasoline tankers, easing the severe gas shortage, and a ship with food in June, most of it for the new supermarket.
The two countries began close cooperation two decades ago after the election of Hugo Chavez with Iranian companies building apartments and vehicles in Venezuela.
— With assistance by Nicolle Yapur
--- ---
...

Iran Is Helping Sanctions-Choked Venezuela With a Gasoline Fix ... 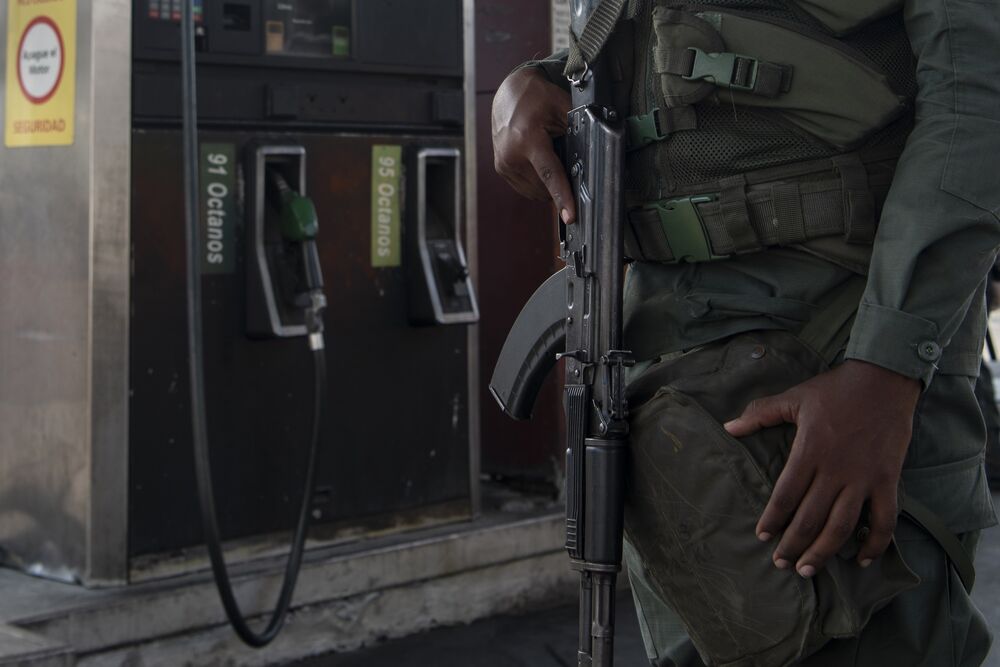