Lost Civilization May Have Existed Beneath the Persian Gulf

Lost Civilization May Have Existed Beneath the Persian Gulf ...
m.livescience.com 08/04/2014 History 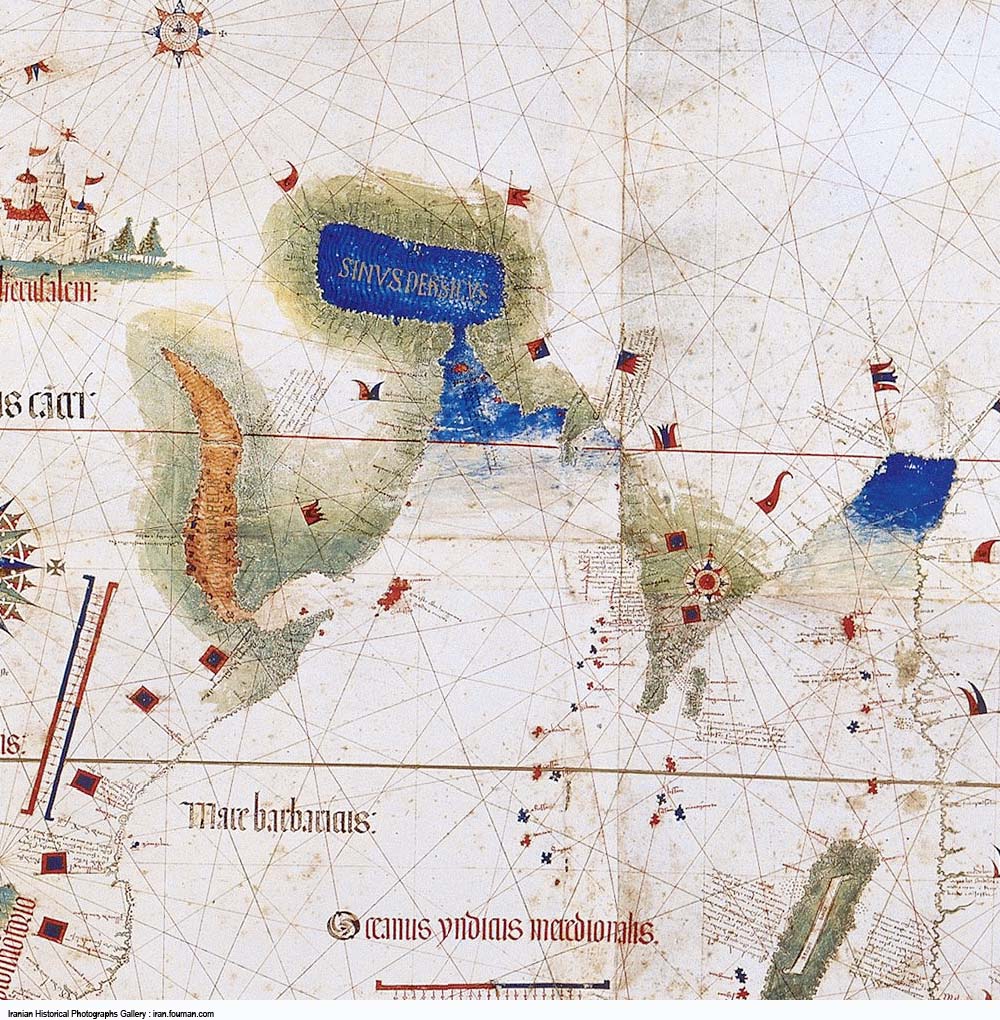 By Jeanna Bryner Date: 09 December 2010
Veiled beneath the Persian Gulf, a once-fertile landmass may have supported some of the earliest humans outside Africa some 75,000 to 100,000 years ago, a new review of research suggests.
At its peak, the floodplain now below the Gulf would have been about the size of Great Britain, and then shrank as water began to flood the area. Then, about 8,000 years ago, the land would have been swallowed up by the Indian Ocean, the review scientist said.
The study, which is detailed in the December issue of the journal Current Anthropology, has broad implications for aspects of human history. For instance, scientists have debated over when early modern humans exited Africa, with dates as early as 125,000 years ago and as recent as 60,000 years ago (the more recent date is the currently accepted paradigm), according to study researcher Jeffrey Rose, an archaeologist at the University of Birmingham in the U.K.
"I think Jeff's theory is bold and imaginative, and hopefully will shake things up," Robert Carter of Oxford Brookes University in the U.K. told LiveScience. "It would completely rewrite our understanding of the out-of-Africa migration. It is far from proven, but Jeff and others will be developing research programs to test the theory."
Viktor Cerny of the Archaeogenetics Laboratory, the Institute of Archaeology, in Prague, called Rose's finding an "excellent theory," in an e-mail to LiveScience, though he also points out the need for more research to confirm it.
The findings have sparked discussion among researchers, including Carter and Cerny, who were allowed to provide comments within the research paper, about who exactly the humans were who occupied the Gulf basin.
"Given the presence of Neanderthal communities in the upper reaches of the Tigris and Euphrates River, as well as in the eastern Mediterranean region, this may very well have been the contact zone between moderns and Neanderthals," Rose told LiveScience. In fact, recent evidence from the sequencing of the Neanderthal genome suggests interbreeding, meaning we are part caveman.
Watery refuge
The Gulf Oasis would have been a shallow inland basin exposed from about 75,000 years ago until 8,000 years ago, forming the southern tip of the Fertile Crescent, according to historical sea-level records.
And it would have been an ideal refuge from the harsh deserts surrounding it, with fresh water supplied by the Tigris, Euphrates, Karun and Wadi Baton Rivers, as well as by upwelling springs, Rose said. And during the last ice age when conditions were at their driest, this basin would've been at its largest.
In fact, in recent years, archaeologists have turned up evidence of a wave of human settlements along the shores of the Gulf dating to about 7,500 years ago.
"Where before there had been but a handful of scattered hunting camps, suddenly, over 60 new archaeological sites appear virtually overnight," Rose said. "These settlements boast well-built, permanent stone houses, long-distance trade networks, elaborately decorated pottery, domesticated animals, and even evidence for one of the oldest boats in the world."
Rather than quickly evolving settlements, Rose thinks precursor populations did exist but have remained hidden beneath the Gulf. [History's Most Overlooked Mysteries]
"Perhaps it is no coincidence that the founding of such remarkably well developed communities along the shoreline corresponds with the flooding of the Persian Gulf basin around 8,000 years ago," Rose said. "These new colonists may have come from the heart of the Gulf, displaced by rising water levels that plunged the once fertile landscape beneath the waters of the Indian Ocean."
Ironclad case?
The most definitive evidence of these human camps in the Gulf comes from a new archaeological site called Jebel Faya 1 within the Gulf basin that was discovered four years ago. There, Hans-Peter Uerpmann of the University of Tubingen in Germany found three different Paleolithic settlements occurring from about 125,000 to 25,000 years ago. That and other archaeological sites, Rose said, indicate "that early human groups were living around the Gulf basin throughout the Late Pleistocene."
To make an ironclad case for such human occupation during the Paleolithic, or early Stone Age, of the now-submerged landmass, Rose said scientists would need to find any evidence of stone tools scattered under the Gulf. "As for the Neolithic, it would be wonderful to find some evidence for human-built structures," dated to that time period in the Gulf, Rose said.
Carter said in order to make for a solid case, "we would need to find a submerged site, and excavate it underwater. This would likely only happen as the culmination of years of survey in carefully selected areas."
Cerny said a sealed-tight case could be made with "some fossils of the anatomically modern humans some 100,000 years old found in South Arabia."
And there's a hint of mythology here, too, Rose pointed out. "Nearly every civilization living in southern Mesopotamia has told some form of the flood myth. While the names might change, the content and structure are consistent from 2,500 B.C. to the Genesis account to the Qur'anic version," Rose said.
Perhaps evidence beneath the Gulf? "If it looks like a duck, and quacks like a duck, we have at least to consider the possibility that we have a small aquatic bird of the family Anatidae on our hands," said Rose, quoting Douglas Adams.
------
...

Is the Garden of Eden Lost Beneath the Persian Gulf? ...

Shahr-i-Sokhta in eastern Iran features The World in Between ...

archive.archaeology.org 06/11/2015 History
by Andrew Lawler 5,000 years ago, a long-buried society in the Iranian desert helped shape the first urban age Even local archaeologists with the ben...View Details»

Three Good Reasons To Liquidate Our Empire (And Ten Steps to Take to D...