Shabnam von Hein
In an interview conducted in the context of an oral history project and leaked to international media, Iranian Foreign Minister Mohammad Javad Zarif reveals deep rifts in Iran's leadership. Hesamoddin Ashena, an aide to President Hassan Rouhani, who oversaw the oral history project, to document the administration's work, was fired on Thursday.
In the recording, which was published by two Persian-language media outlets based in London, Zarif is heard criticizing Iran's political system and taking aim at the Revolutionary Guard, which he accuses of constantly interfering in the Foreign Ministry's affairs.
Zarif says the state security organization is undermining his work. He also lashes out against General Qassem Soleimani, who commanded the Revolutionary Guard's elite Quds Force until his assassination by US airstrike near Baghdad's airport in January 2020.
'Certain things happening'
In the recording, Zarif says Soleimani prioritized military objectives over diplomacy. After a 2015 meeting with Russian President Vladimir Putin, Zarif says, Soleimani dispatched Iranian forces to Syria. "Putin entered the war with air forces, but also brought Iran into the war with ground forces," he says. "Until then we had no ground forces there." This statement is noteworthy as Iran's government had long denied a military role in Syria's civil war. Many Iranians are critical of the country's involvement in the conflict.
Zarif says Russia's government did its utmost to undermine and sabotage the 2015 nuclear deal that Iran agreed to with the United States and several other countries. Though Iran's Foreign Ministry has not denied the authenticity of the tape, officials say Zarif's statements were taken out of context. Iranian Foreign Ministry spokesman Saeed Khatibzadeh said the full interview lasts seven hours and is classified as a secret government document.
Rouhani, who rejected Zarif's effort to resign in 2019, claimed that the recording had been stolen and deliberately published to create conflict within the government as the nuclear talks continue in Vienna. His administration only has a limited amount of time to reach an agreement. The presidential election is scheduled for mid-June and Rouhani is barred from running for a third term.
The president has accused hard-liners of responsibility for the leak. "Why are certain things happening now that we are close to success?" ked during a recent Cabinet meeting. Hard-liners are readying for the presidential race. In March, Revolutionary Guard Commander Saeed Mohammad, who had until recently headed the military organization's Khatam al-Anbiya engineering firm, announced his candidacy.
Hard-liners are angry about Zarif's leaked criticism Soleimani and demand an apology. They, in turn, accuse the foreign minister of having leaked the recording himself to drum up support for his own candidacy. But Zarif has not yet announced whether he will run for office.
---Tape of Foreign Minister Zarif reveals regime rift in Iran ---
...

Rouhani says leaked tape aimed to sow division in Iran ...
aljazeera.com 28/04/2021 Politics
The Iranian president questioned the timing of the leak that came as the country is engaged in talks to revive the nuclear deal. Tehran, Iran – Iran’s...View Details» 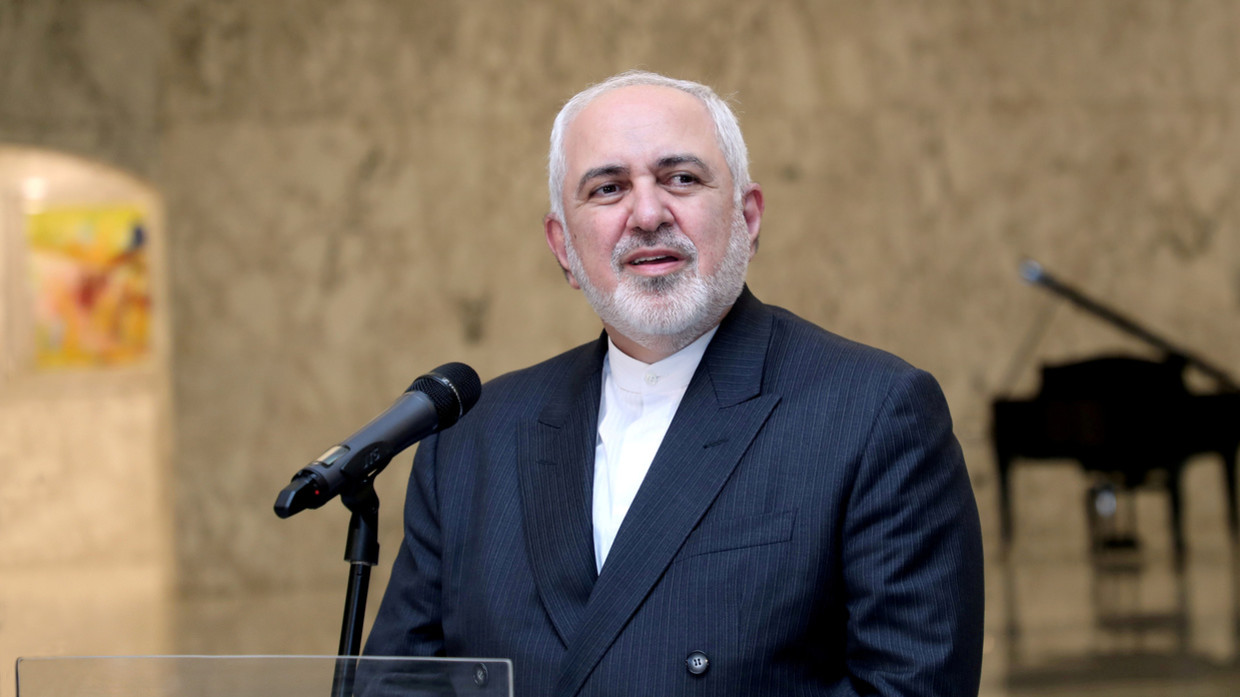