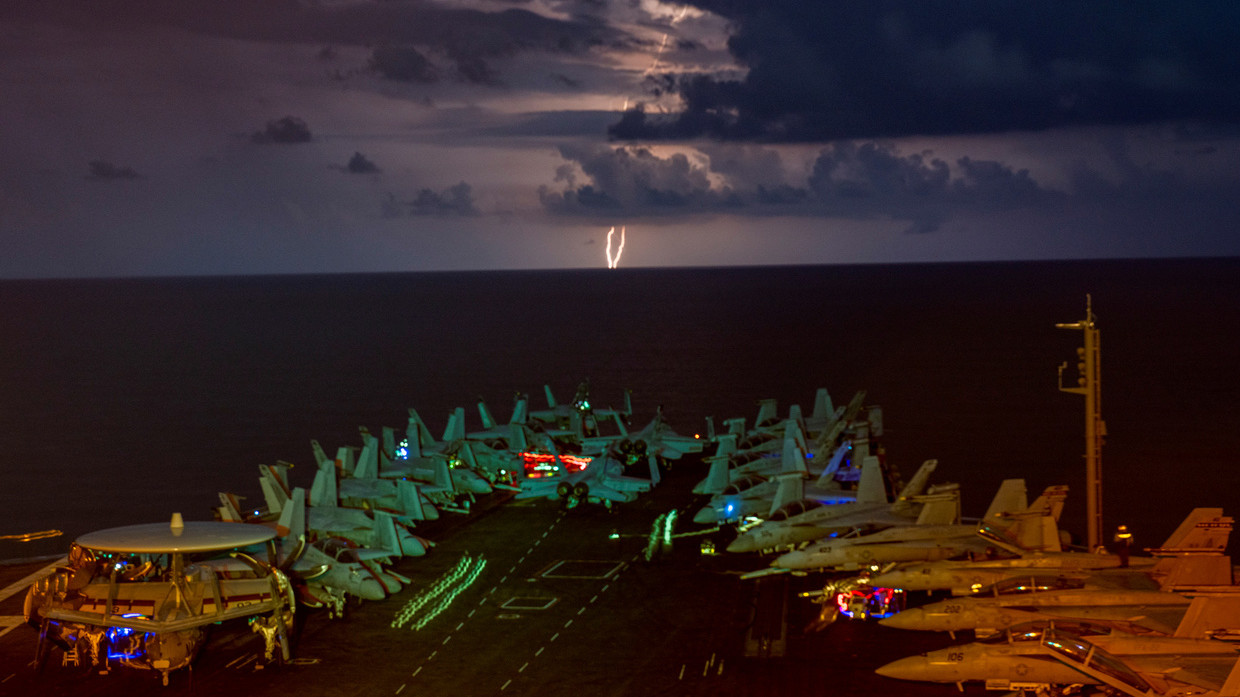 Just three days after announcing that the USS Nimitz was leaving the Persian Gulf, the Pentagon has reversed the decision, saying the warship would remain in the Middle East due to Iranian ‘threats’ against President Donald Trump.
The order to continue the mission was given on Sunday by Acting Secretary of Defense Chris Miller, who said “no one should doubt the resolve of the United States of America” in a short statement. The news came exactly a year after the US assassination of top Iranian general Qassem Soleimani.
Just three days prior, Miller had directed the Nimitz Carrier Strike Group to return home to Bremerton, Washington, after a longer-than-usual 10-month mission, complementing the crew on “the hard work, commitment, and flexibility” shown during the deployment, and notably failing to mention Iran at all. The rotation was perceived by some US media as a gesture aimed at de-escalating the tension with Iran ahead of the anniversary.
There have been plenty of claims that some kind of incident involving US troops and Iran might happen during the last days of the Trump presidency. Tehran itself warned that Israel may launch a false flag operation to ignite a war between its overseas patron and its regional archrival. The anniversary passed without any major flare-ups, however.
Tehran considers the killing of Soleimani an act of state terrorism perpetrated by the US. After it happened a year ago, the Iranian military launched missile attacks against two US bases in Iraq, sending a warning through Iraqi channels and giving the troops enough time to take shelter. The show of force resulted in no reported casualties on the American side.
As the anniversary approached, a number of senior Iranian officials said the killers of Soleimani, including US President Donald Trump, would not escape justice. President Hassan Rouhani predicted that Trump’s fate would be akin to that of Saddam Hussein, and celebrated the end of his presidency, saying he was going to the “dustbin of history.”
Some US media interpreted the messaging as a death threat. Tehran angrily rebuked the allegations, saying that assassinating foreign leaders was an “US-Israeli trademark” and not something Iran does.

The Saudi Finger-Pointing at Iran ...

An Iran War Would Destroy the United States...

ahtribune.com 30/07/2018 Military
The establishment of a military force to go abroad and overthrow governments does not appear anywhere in the Constitution of the United States, nor do...View Details»