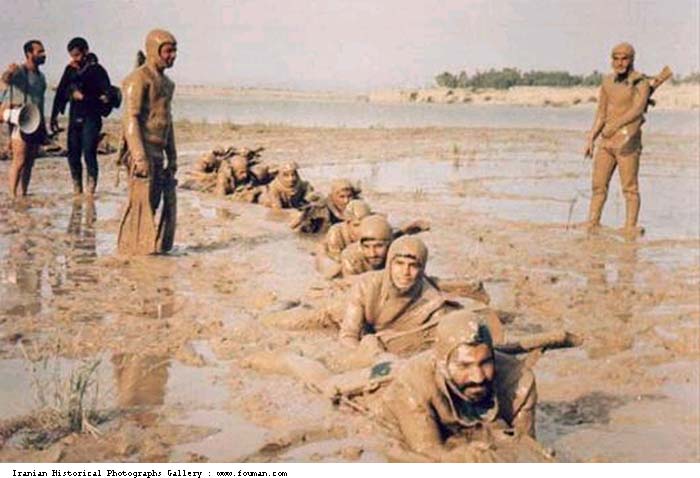 Two months after Iraq invaded Iran, the Iranian Navy and Iranian Air Force launched Operation Morvarid against the Iraqi Navy and Air Force on Nov, 28, 1980 which resulted in a victory for Iran and a heavy toll for Iraq:
-Destruction of 80% of the Iraqi Navy, early warning bases and SAM sites.
-Destruction of some Iraqi oil installations and terminals.
-Blocking of the port of Faav.
Commanded by Admiral Bahram Afzali, the Morvarid Operation began by attacking Iraqi airfields around Basra. Meanwhile the Iranian Navy deployed marines on the Iraqi oil terminals deploying a large amount of explosives which left the installations in flames while Iranian commandos were evacuating the area. Meanwhile two Iranian combat boats blocked Iraqi ports of Fav and Um-Ghasr and shelled facilities in range. While these boats were defending a counter-attack from the Iraqi navy, Iranian Air Force engaged the battle and sunk every Iraqi vessel in sight also destroying Iraqi SAM sites. Iraq desperately attacked with MIG planes which could not stop its oil platforms from being destroyed.
The scenes of the Operation Morvarid were filmed and televised showing off Iranian army's power. However, there were factors that made Iran less fortunate in the following operations that prolonged the war to an 8 year manslaughter on both sides....