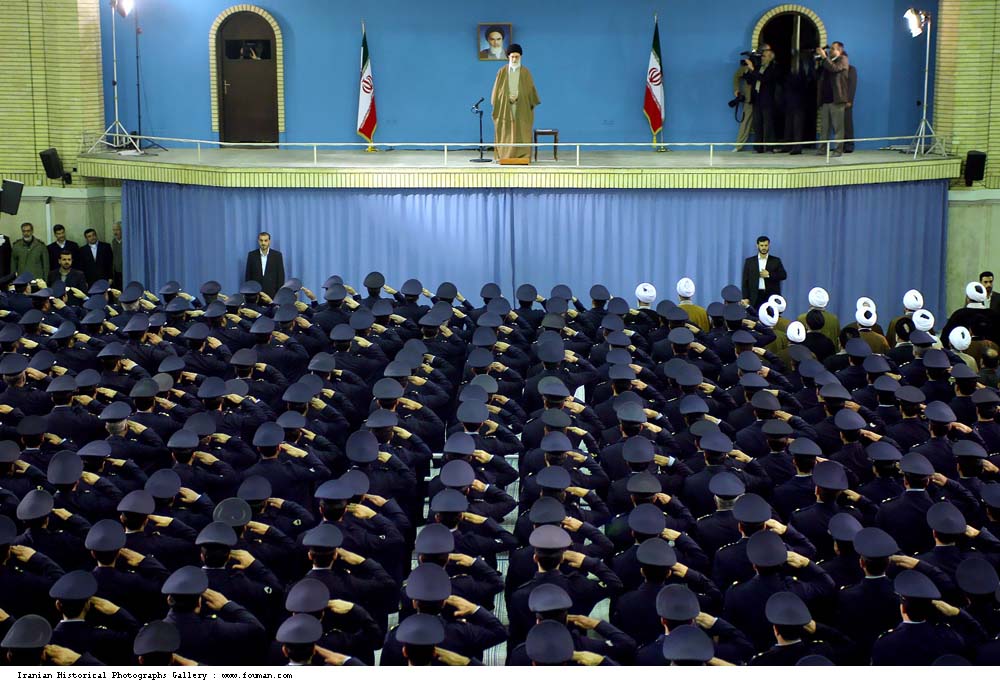 In a letter to President Khatami, the military leaders said his reformist policies have led to chaos and they warned that their patience is running out. Twenty-four senior officers in the Revolutionary Guard signed the letter, which was published in a conservative newpaper. The attack marks an intensification of the power struggle between conservatives and reformists following riots that broke out on the capital's streets.
The Iranian Ministry of Intelligence arrested several students accusing them with foreign ties and having instructions from abroad to set up illegal student organisations with the aim of promoting the restoration of the Iranian monarchy and creating tension. 750 people who were arrested during the unrest were released but 450 other people remained in detention. The unrest started when police and Civil Suits stormed a Tehran University dormitory on July, 9, hours after students rallied to protest the banning of a liberal Salam Newspaper.In large scale demonstrations which followed in subsequent days, three people were killed.
Just when everything was seen under control, thousands of Iranian students rallied in Tehran on Dec, 13, to protest against attempts to curb freedom of speech, including the jailing of the former minister and newspaper editor, Abdollah Nouri in November. The former Iranian interior minister was found guilty by a special clerical court on 15 charges. The charges were not clear but Mr. Nouri was accused of challenging some of the basic tenets of Islam, such as beards for men, headscarves for women and a ban on dancing, and of questioning the absolute authority of the Supreme Leader Ayatollah Khamenei. Mr Nouri refused to recognise the competence of the special clerical court, which operates outside the judicial system and is dominated by conservatives. Charges of defaming the country's Islamic system and confusing public opinion are widely used for branding voices of dissent....

telesurtv.net 30/01/2016 Politics
By: Pepe Escobar If Iran successfully engages in a Chinese-style economic development program it would further enhance its geopolitical status and si...View Details»