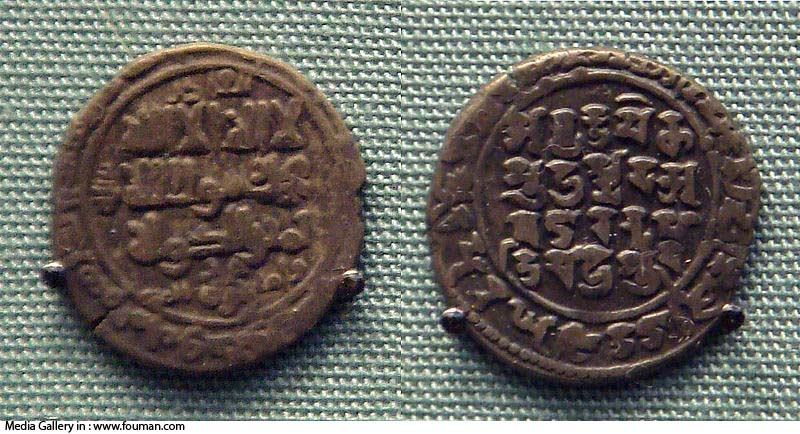 Mahmoud Ghaznavi had appointed Mohammad as the Crown Prince before passing away in March, 1030. But his other son; influential Masood staged a conspiracy by help of high ranking army officers and imprisoned his brother Mohammad and took his eyes out.
Masood ascended the Ghaznavi throne in June 1031 by submission to the Caliph of Baghdad; by whose orders he dismissed his father's top advisor Hasanak Vezir. At first, Sultan Masood was very popular among his military especially because he was a gallant Pahlevan; but after he killed Hasanak Vezir, things began to change. Masood later appointed Khajeh Ahmad Hossein Meymandi as his Vezir.
Masood confiscated properties of Ahmad Nialtekin; disgracing a trustee of his father whose grudge did not go away despite later apologies and he revolted during a mission to India. Nialtekin supported the Turcoman tribes in Khorasan against the Shah.
Masood made another grave mistake by conspiring an assassination against Altuntash Kharazmshah, thus losing a very powerful ally.
His high ambitions and greed did not help Masood Ghaznavi maintain the heir left to him from his father. He started useless wars which brought hatred and bloodshed. His suspicions alienated the royal family from him and soon revolts began around his realm. He was known to have become a despot ruler.
His Vezir Khajeh Meymandi died in Dec, 1032. Shah Masood then appointed Ahmad Abdolsamad Shirazi as the new Vezir and gave him the title Shamsolvozara on May, 13, 1033. The new Vezir proved more competent but it was too late.
Masood was defeated by the Seljuk army twice. He had not taken the advice of Shamsolvozara who had warned him not to give more concessions such as land for herds to the Seljuk tribes. But Masood had dismissed his worries and blamed him with having Persian feelings against Seljuk Turcoman.
Seljuks soon became powerful and after defeating Ghaznavi army took Khorasan and continued their conquest towards west until they reached the Mediterranean Sea; thus paving the way for creation of the Ottoman Empire....