As the American hawk bombs overseas, the rot of corruption and bigotry plucks at its underbelly at home

As the American hawk bombs overseas, the rot of corruption and bigotry plucks at its underbelly at home ...
rt.com 28/02/2021 Politics 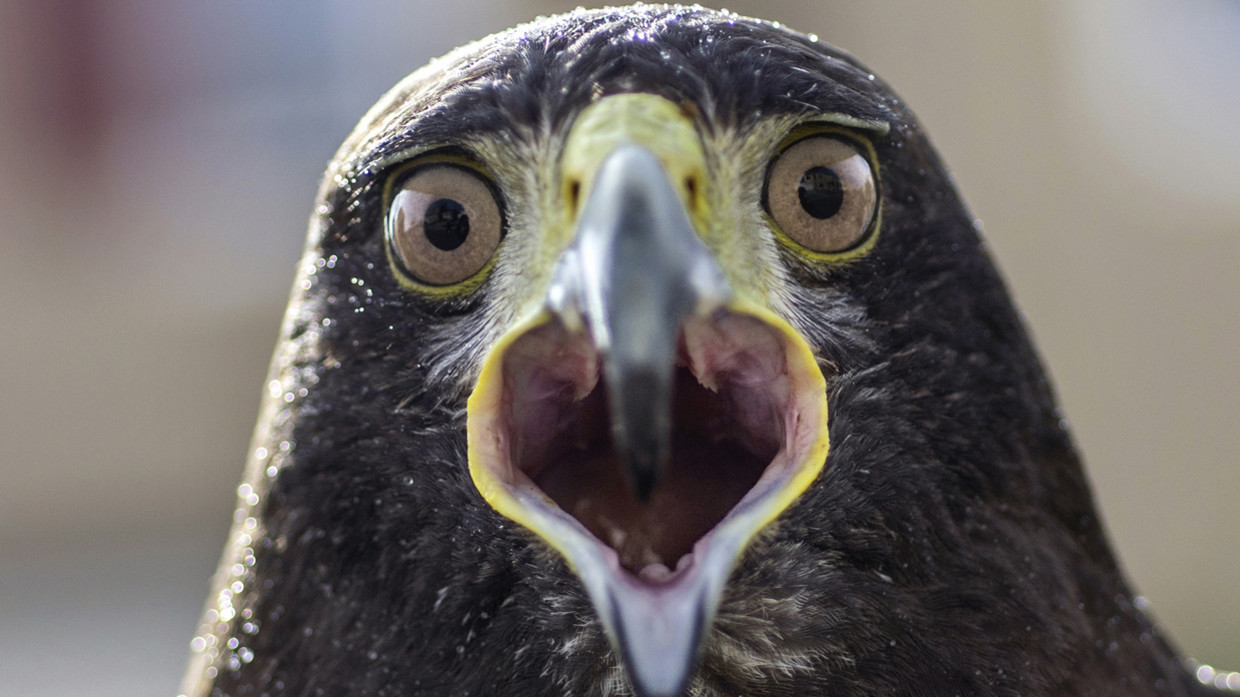 By Tara Reade, author, poet, actor and former Senate aide, author of Left Out: When the Truth Doesn't Fit In. Follow her on Twitter @readealexandra
The Biden administration’s decision to bomb Syria is not surprising, nor is the complete reversal of media tone compared to when Trump did it. It’s all a reflection of the bigotry eating away at the country from the inside.
From my time as a volunteer at a raptor rescue, I know doves and pigeons sometimes manage to fight back against hawks. When it happens the dove usually makes little cuts in the hawk’s underbelly, only visible if the bird is turned over. But eventually, the hawk spirals to the ground, dead.
If you have ever done any falconry, then you know the power in the bird’s grip. In fact, special gloves are required to withstand the claws of hawks or falcons, as they could cut you to the bone just by squeezing.
I imagine both allies and foes wish they had these special gloves while doing diplomacy with America.
I believe America, like that hawk, has little cuts of greed and corruption slicing away at any semblance of Democracy. And it is in a spiral.
I was writing a piece about the corruption in the Democratic party as American military hawks did more than squawk and dropped bombs on Syria in an airstrike unsanctioned and not discussed with the American citizens. The main media outlets trotted out the Biden administration talking points and immediately excused it as “defensive.” After all, we should be appreciative at airstrikes spreading Democracy and “only killing a handful of people” because as one pundit put it, we are “setting a tone”.
The convoluted reasoning behind the attack heaped further confusion even on the pundits stuttering away to justify it. We had to bomb Syria because of Iraq and Iran? One pundit added it was a message to Saudi Arabia. Wait, what?
I will tell you now most Americans watching got lost at Syria. Most Americans do not know where Iraq is on a map, certainly not Iran. Americans would not even know where Russia is if it wasn’t so vast and always painted an alarming red on school maps.
There’s always a tweet.
— Glenn Greenwald (@ggreenwald) February 26, 2021
This is all a distraction from the real fact that America is a failing state rotting from the inside. Thus, children freezing to death in Texas and citizens not having power for days. The media outlets will spin out on justifying the airstrikes in a 48-hour news cycle and then move on to justify the next action, probably torment Russia some more, then get back to the business of not providing vaccines or assistance to American citizens.
Americans: $2000 checks pleaseGovernment: Sorry did you say airstrikes on Syria?Americans: No, $2000 checksGovernment: Okay, since you asked nicely here's your airstrikes on Syria.
— Caitlin Johnstone ⏳ (@caitoz) February 26, 2021
The Texas infrastructure was not the only state failing.
In New York, Governor Andrew Cuomo implemented such negligent policies that thousands of people died in nursing homes, then he covered it up. Now, what some call ‘Blue MAGA’ – the cult devoted to blue no matter who – bent themselves into pretzels protecting him. Figures reported by major news organizations reveal that nearly 15,000 people lost their lives to Covid due to his policies. Fox News meteorologist Janice Dean, who lost both her in-laws to Cuomo’s policies in New York, spoke out.
Finding answers for those who died in nursing homes here in New York is not political. It’s personal. The only person making it about politics is the guy who signed the executive order to put Covid patients into nursing homes and continues to hide the death toll: @NYGovCuomo
— Janice Dean (@JaniceDean) September 30, 2020
Finally, a staff member admitted to Cuomo’s covering up the numbers.
Meanwhile, I had been seeing a former staffer named Lindsey Boylan speak out about Cuomo. She was also very supportive about what happened to me.
Lindsey stated that she was sexually harassed by Cuomo while working for him. In their usual response, the Democrat elites circled their wagons tightly, denying the veracity of her claims, and the media mostly stayed silent. She decided to step forward and penned a Medium article describing the sexual harassment and difficulties involved in telling her story. Still, CNN and other outlets stayed quiet until FOX news pushed the story forward and investigated the claims.
The revelation about the nursing homes cover-up put the Democratic Party in a quandary. I believe Cuomo should resign. He is disqualified. Most likely, there will be impeachment hearings after an investigation. Now, the Democrat elites want him out, even with his brother working as an establishment mouthpiece on CNN. It is a matter of time.
The bigger optics problem is still closing in on the White House. Joe Biden is making missteps in his first two months and scandal is swelling everywhere around the Democrats.
I had predicted Biden would break every campaign promise. No minimum wage hike to $15, no $2,000 relief checks, no vaccines for most Americans, no student loan relief (this ‘no’ was said with a disdainful face) and no healthcare. Rape culture in America remains firmly in place as the Democrats throw away inconvenient MeToo accusers like hot potatoes.
I also said in an earlier interview this year that Democrats would have us back in endless regime-change wars by spring.
Well, spring came early, and it is harsher than winter.
--- ---
...

Is Iran surrendering to the United States? — RT Op-Edge...

rt.com 30/12/2013 Politics
Mahdi Darius Nazemroaya is a sociologist, award-winning author and geopolitical analyst. Is the interim nuclear deal signed at the end of 2013 a signa...View Details»