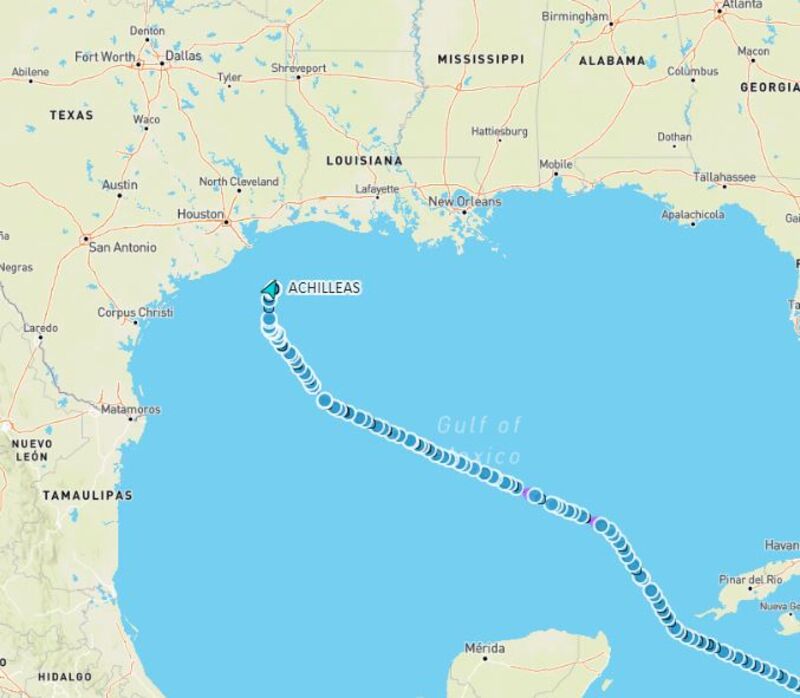 By Arsalan Shahla
February 15, 2021, 12:40 PM GMT+3:30
Washington says 2 million barrels on Achilleas came from Iran
Shipment belongs to the private sector: Iran foreign ministry
Iran said an attempt by the U.S. government to seize 2 million barrels of oil aboard a Greek-owned tanker was “an act of piracy,” as tensions between Washington and the Islamic Republic show little sign of easing under Joe Biden’s presidency.
Washington claims the crude on the Achilleas ship was exported covertly by Tehran to avoid U.S. trade sanctions.
The Department of Justice filed a suit in a U.S. court this month, alleging Iran’s Islamic Revolutionary Guard Corps disguised the oil’s origin and made it seem as if it came from Iraq.
“The shipment belongs to the private sector,” a spokesman for Iran’s foreign ministry, Saeed Khatibzadeh, told reporters in Tehran on Monday, without providing further details. “It’s unfortunate that it’s happening under Mr. Biden’s administration.”
The Achilleas is close to the Texan coast, according to Bloomberg’s tracking data

* * * The Justice Department ordered the ship to sail to the U.S. before Biden succeeded Donald Trump on Jan. 20. Biden said in his presidential campaign he would seek to re-engage with Iran and revive an accord designed to limit Tehran’s nuclear activities. Yet his administration has said a rapprochement and easing of sanctions are a “long way off.”
The Achilleas, known as a very large crude carrier or VLCC, is anchored around 100 kilometers off the Texan coastline near Houston, according to tanker-tracking data compiled by Bloomberg.
Last week, an Iranian deputy oil minister denied any knowledge of the Liberia-flagged vessel.
Despite the sanctions, Iran has increased petroleum exports in recent months, though they remain far below levels from early 2018, when Trump abandoned the nuclear deal.
The U.S. lawsuit says the owner of the Achilleas, Capital Ship Management Corp., was deceived about where the oil came from.
— With assistance by Verity Ratcliffe
--- Maritime Piracy , Modern Piracy ---
...

US sells a million barrels of Iranian oil seized under sanctions ...
aljazeera.com 11/02/2021 News
A US Department of Justice spokesman said the seized Iranian oil had been sold and the proceeds would go to the US Victims of State Sponsored Terroris...View Details»