TEHRAN – Locals started to build tens of nests for storks in the western city of Marivan, Kordestan province, which attracted many of the birds to stay during the warm season, IRNA reported.
Zarivar Lake, a major tourist attraction, is home to thousands of storks that wing their ways to make their nests around the lake’s mountainous areas, however locals in surrounded villages decided to build safer nests for them.
Looking at the trees while walking through the town and villages many storks’ nests are beautifully placed among the dormant branches of the trees, which are vacant even in winter and waiting for the storks to come back next year.
Dareh Tafi is a village near Zarivar Lake, which plays host to some 60 pair of storks and many tourists who come to watch stork nests and their newly hatched chicks.
Zana Shirzadi, one of the Dareh Tafi locals told IRNA that in the past few years, only a couple were staying above one of the village's electricity pylons, however people began to build safer nests on the top of the trees to prevent them from electrocution or losing their chicks falling off.
Then, larger flocks of storks gradually came to the village and preferred to stay all around the summer, he added.
Locals are very protective of the storks and even during winter they take care of the vacant nests and prepare them for the storks’ return, and when they get hurt or injured everybody makes efforts to heal them, he noted.
He further called on the provincial department of environment to help young locals in building more nests over the village and protect the species.
Sabah Panahi, Marivan’s environment chief said that some 700 pair of storks live in three villages around the lake.

* * * Appreciating the locals for taking care of storks, he noted that storks nesting is a sign of peace and safety, and this a good thing happening for all the environment enthusiasts.
He went on to say that “we observe and control the storks’ migration over the area annually, and take urgent measures in case of any disease spread or carcasses, however, there have not been any disease breakout.
Storks are large, long-legged, long-necked wading birds with long, stout bills. They belong to the family called Ciconiidae, and make up the order Ciconiiformes.
Storks dwell in many regions and tend to live in drier habitats than the closely related herons, spoonbills and ibises; they also lack the powder down that those groups use to clean off fish slime. Bill-clattering is an important mode of communication at the nest. Many species are migratory. Most storks eat frogs, fish, insects, earthworms, small birds and small mammals. There are nineteen living species of storks in six genera.
---Locals started to build tens of nests for storks in the western city of Marivan, Kordestan province, which attracted many of the birds to stay during the warm season, IRNA reported. ---
...

tehrantimes.com 12/08/2014 News
TEHRAN - The first phase of Iran’s largest wind farm came on stream on Monday in the town of Takestan, which is located in the northwestern province o...View Details» 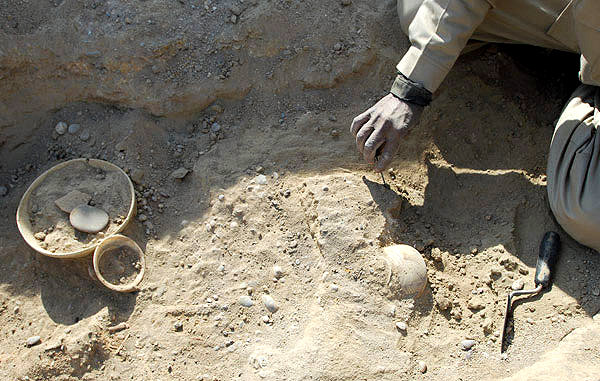 archaeology.org 29/12/2017 History
TEHRAN, IRAN—The Tehran Times reports that dwellings at Nadali-Beig Hill in western Iran are estimated to be 7,000 years old. According to archaeologi...View Details»