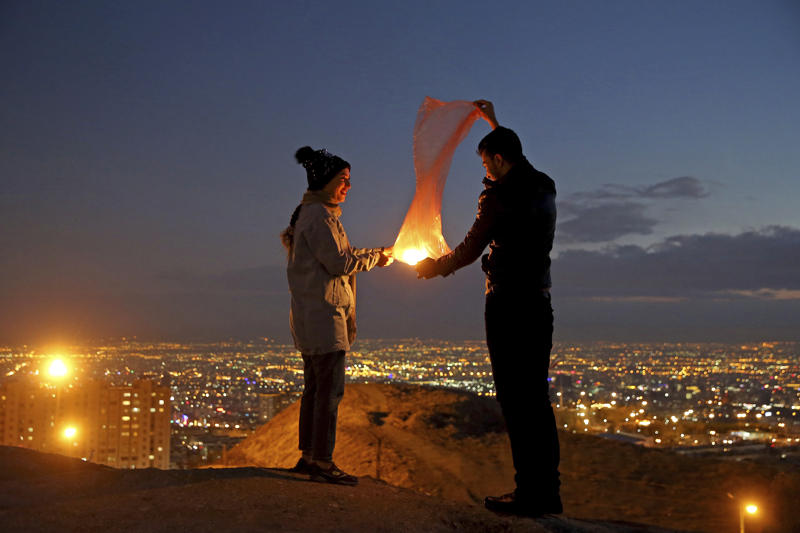 TEHRAN, Iran — Iran's many woes briefly went up in smoke on Tuesday as Iranians observed a nearly 4,000-year-old Persian tradition known as the Festival of Fire.
The celebration is held on the last Tuesday night before Nowruz, or the Iranian New Year, which will be celebrated Thursday. The annual ritual dates back to at least 1700 B.C. and is linked to the Zoroastrian religion.
To celebrate, people light bonfires, set off fireworks and send wish lanterns floating off into the night sky. Others jump over and around fires, chanting "My yellow is yours, your red is mine," invoking the replacement of ills with warmth and energy.
The fire festival also features an Iranian version of trick-or-treating, with people going door to door and being given a holiday mix of nuts and berries, as well as buckets of water.
Arezou Abarghouei held hands with her daughter and husband as they leaped over a small fire in Tehran.
"Iranians love to celebrate, and they need it, especially now, when all of us are facing economic problems," she said. "This is a way to forget these difficulties just for one night."
This year Nowruz comes at a time of growing economic hardship following U.S. President Donald Trump's decision to withdraw from the Iranian nuclear deal and restore crippling sanctions. Iran's currency has plummeted in recent months, sending prices skyrocketing and wiping out many people's life savings.
The fire festival is one of two holidays with ancient roots that are still observed each year in the Islamic Republic, the other being a picnic day in early April.
The holiday offers a rare opportunity for Iranians to dance and celebrate in public, something authorities usually frown on. Police warned people to stay away from major streets and public squares, but largely ignored celebrations held inside neighborhoods.
Hard-liners discourage such celebrations, viewing them as pagan holdovers. The Western-allied monarchy that was toppled by the 1979 Islamic revolution had emphasized the country's pre-Islamic past, presenting itself as heir to a Persian civilization stretching back to antiquity.
The semi-official Fars news agency quoted head of the country's emergency committee as saying 155 people were injured during the celebrations, mainly from fireworks. It said 22 people lost limbs and 48 suffered eye injuries.
---Iran's many woes briefly went up in smoke on Tuesday as Iranians observed a nearly 4,000-year-old Persian tradition known as the Festival of Fire.The celebration is held on... ---
...

Iran sentences alleged US spies to up to 10 years in prison... 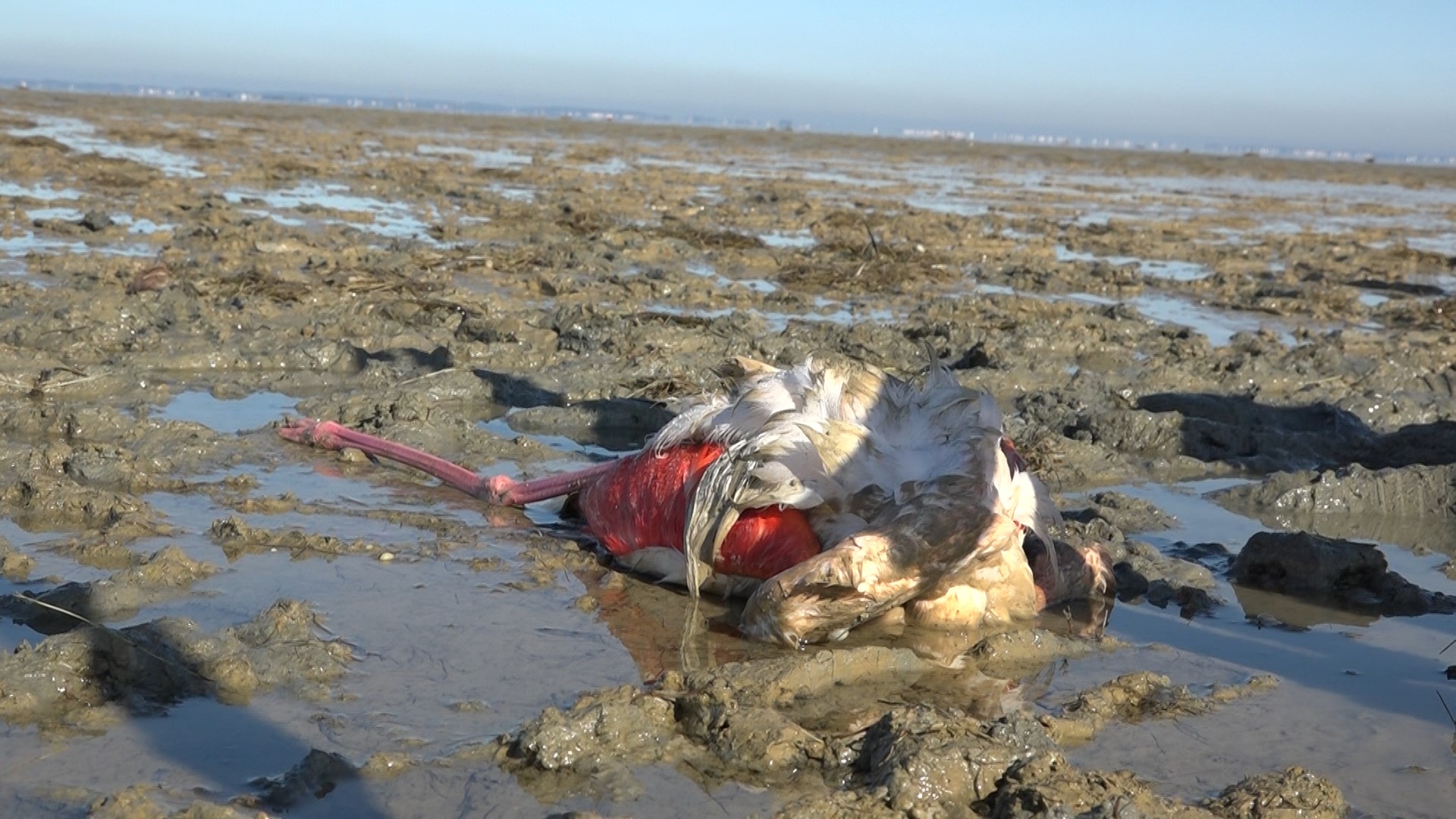