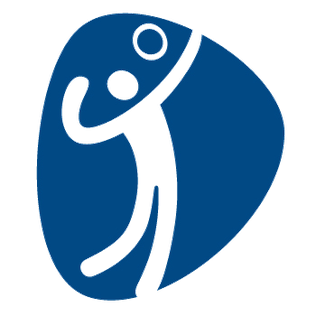 * * * Tokyo, Japan, June 1, 2016 – Undefeated Poland claimed the first Olympic berth available at the Men’s World Olympic Qualification Tournament, as France and Iran are gaining ground on getting their respective berths after their straight-set victories, while Australia recovered from successive losses to improve their record to 2-3 at Tokyo Metropolitan Gymnasium on Wednesday.
Poland clinched the first Olympic berth available at the tournament after they thumped Venezuela 3-0 (25-21, 25-18, 25-17). Venezuela had a good run towards the end of the set but their rivals easily regained their focus and denied them of any upsurge. Poland controlled the tempo in the next two sets, as they logged nine blocks – three coming from tall middle blocker Marcin Mozdzonek. Polish captain Michal Kubiak showed his range in offence and topped all scorers with 13 markers. Kubiak looked sharp from the three-metre line as he delivered 12 kills. Kervin Martin Pinerua top scored again for Venezuela with 11 points.
Earlier, French attackers played aggressively in their match against their Canadian counterparts with four players scoring in double figures in the straight-set (25-17, 25-17, 25-16) encounter. Earvin Ngapeth and Antonin Rouzier recorded 15 and 14 points, respectively, then team-mates Kevin Tillie and Nicolas Le Goff added 11 and 10 points for France. Graham Vigrass tallied 11 points for Canada. Ngapeth, Rouzier and Le Roux had two service aces each, but their stints at the service line posed so much trouble for the Canadian defence. France dictated the tempo from start to finish as the Canadian struggled on the first ball coming from bullet serves by the French players.
Iran established its grip on the Asian quota, after they defeated China 3-2 (26-24, 22-25, 25-19, 17-25, 18-16). Iranian opposite Shahram Mahmoudi was superb from the attack line as he logged 24 markers then topped it with an ace for his total scoring output of 25. Both sides took alternate victories until they reached the final set. The fifth set was a race to the end as neither side gave a two-point cushion. Iran were finally separated with their great serve and attack. Adel Gholami, Seyed Mohammed Mousavi and Milad Ebadipour chipped in 15, 13 and 11 points, respectively. Zhang Chen and Zhong Weijun brought in big numbers for China as they scored 20 points each.
Meanwhile, Australia got back on the winning track as they beat Japan 3-0 (25-23, 25-19, 29-27). Australia and Japan started the match with a lot of intensity as they bartered powerful spikes from the flanks. Japan’s floor defence worked well in returning the powerful swings of the Australian hitters, while the other side imposed an intimidating stance at the net. As the match progressed, Thomas Edgar found a way to puncture the Japanese defence by hitting tough cross-court shots. Japan had a spirited run in the third set but Australia managed to post a comeback and scored the final two points that sealed their victory in straight sets. Edgar finished with 23 points, including 17 attacks, three blocks and three aces. Australia reigned in blocks as they outscored Japan 10-2. Kunihiro Shimizu recorded 14 points on a losing effort for Japan.
The Men’s World Olympic Qualification Tournament resumes on Saturday with the matches of China and Australia at 1:10 GMT, followed by the match of Venezuela and France at 3:55 GMT. The third match will be between Poland and Iran at 6:40 GMT, then hosts Japan will face Canada in the final match of the day at 10:15 GMT.
Player Statistics
Top Scorer by Day
25 – Shahram Mahmoudi of Iran v China on June 2
34 – Paul Carroll of Australia v France on June 1
33 – Thomas Edgar of Australia v Canada on May 31
27 – Gavin Schmitt of Canada v Iran on May 29
22 - Antonin Rouzier of France v China on May 28
Top Scoring Performances
34 – Paul Carroll of Australia v France on June 1
33 – Thomas Edgar of Australia v Canada on May 31
27 – Gavin Schmitt of Canada v Iran on May 29
26 – Milad Ebadipour of Iran v Canada on May 29
22 – Earvin Ngapeth of France v Poland on May 29
22 – Thomas Edgar of Australia v Venezuela on May 29
22 - Antonin Rouzier of France v China on May 28
21 - Kunihiro Shimizu of Japan v Venezuela on May 28
21 - Bartosz Kurek of Poland v Canada on May 28 presstv.ir 30/05/2016 Sports
*** The photo shows a view of the match between Iran (players in dark blue) and France at the Men’s World Olympic Qualification Tournament in Tokyo, J...View Details»