Tehran, Oct 30, IRNA – Persepolis and Esteghlal Football clubs played out a 1-1 draw on Friday in Tehran's 81st derby.
Some 90,000 spectators had come to Azadi stadium to cheer their popular teams in the derby between Tehrani arch rivals.
The first half finished without scoring a goal. But three minutes into the second half it was Jaber Ansari who scored Esteghlal's goal.
After receiving the goal, Persepolis managed several attacks, but Esteghlal's goalkeepers, who appeared to be the star of the game, controlled all their scoring chances.
Finally in the last minute of the stoppage time (minute 90+5) Ramin Rezaian scored a goal for Persepolis to level everything.
------
... 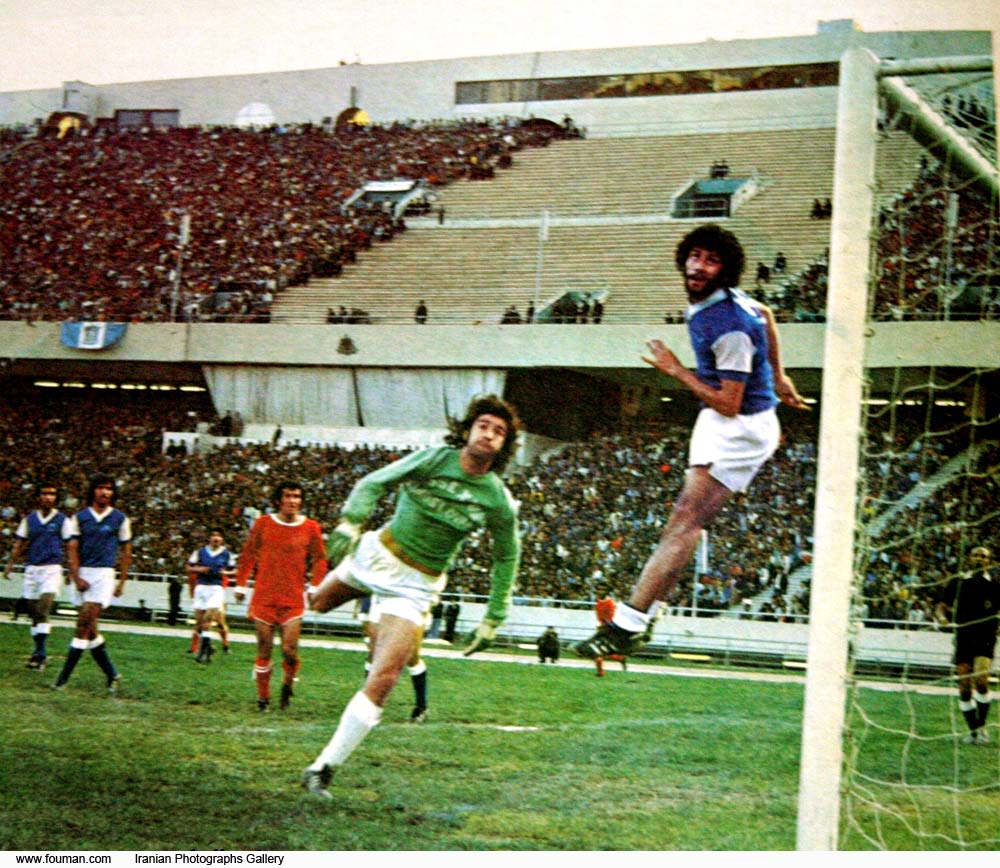 washingtonpost.com 23/11/2014 Sports
By Ishaan Tharoor November 22 *** An Iranian national team player celebrates before fans at a game at the Azadi Stadium in Tehran where Persepolis and...View Details»