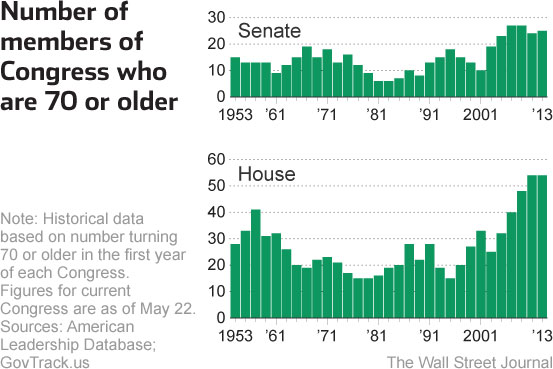 That’s the message 60 percent of Americans are sending to Washington in a new NBC News/Wall Street Journal poll, saying if they had the chance to vote to defeat and replace every single member of Congress, including their own representative, they would. Just 35 percent say they would not.

The 60 percent figure is the highest-ever in that question recorded in the poll, registered in the wake of the government shutdown and threat of the U.S. defaulting on its debt for the first time in history. If the nation’s debt limit is not increased one week from now, Treasury Secretary Jack Lew warns that the entire global economy could be in peril.

“We continue to use this number as a way to sort of understand how much revulsion there is,” said Democratic pollster Peter D. Hart, who conducted the poll with Republican Bill McInturff. “We now have a new high-water mark.”

Read the full poll here (.pdf)
http://msnbcmedia.msn.com/i/MSNBC/Sections/A_Politics/_Today_Stories_Teases/Oct_poll.pdf
The numbers reflect a broader trend over the last few years. Americans have traditionally said that while they might not like Congress, they usually like their own representatives. But that sentiment appears to have shifted.
The throw-them-all-out attitude has slowly taken hold over the last three years, coinciding with two things – the rise of the Tea Party caucus in the House and the debt ceiling fight of 2011.

Frustration was evident among poll respondents across the ideological spectrum.

“You look at 800,000 people being out of work merely because Congress can’t come to an agreement to do their job, which we sent them there to do,” said a respondent from Mississippi, a strong Democrat. “I am prayerful for a revolution.”

The sentiment isn’t limited to Democrats. One Ohio woman, who considers herself a strong Republican, said her husband is a federal worker and they are worried about paying the bills.

“We will not get a paycheck,” she said. “It is federal pay and mortgage is due. Who is going to pay that -- Obama or Congress who is still getting paid?”

Hart points out that the seeds are there to give rise to independent or third-party candidates.

According to Hart, “Somewhere, someone’s going to pick up and run with the ‘throw them all out’” banner.

The number of Americans who say they want to fire everyone is fairly consistent among most groups – at around 60 percent – but it spikes among rural voters (70 percent), white independents (70 percent) and those in Republican-held congressional districts (67 percent). Just 52 percent of respondents in Democratic-held districts would vote to fire every lawmaker on Capitol Hill.

In another sign of dissatisfaction with the state of politics, 47 percent of Americans said they do not strongly identify with either party.

Americans’ confidence in the economy has nose-dived, they say, because of President Barack Obama and congressional Republicans’ negotiations – or lack thereof – on the budget. Almost two in three – 63 percent – say it makes them less confident that the economy will get better.

“What these numbers tell us is that the already-shaken public – this kicked the stool out from under them,” Bill McInturff said. “We’re seeing numbers that are associated with historic lows in public confidence.”

Almost two-thirds – 65 percent – also say the government shutdown is having quite a bit or a great deal of harm on the U.S. economy.

“That linkage between these actions in Washington and economic confidence and what that means for trying to stabilize our economy, I think at a big-picture level [shows] how destabilizing” the standoff has been for the economy.

Democratic pollster Fred Yang, who helped conduct the poll with Hart, added that Americans are paying attention to this fight and want it resolved before the debt ceiling deadline of Oct. 17. Most Americans say this is the worst Congress they had...

en.alalam.ir 28/12/2013 News
A new poll suggests Americans think their current Congress is the worst they have had in their lifetime, blaming both Democrats and Republicans for a...View Details»