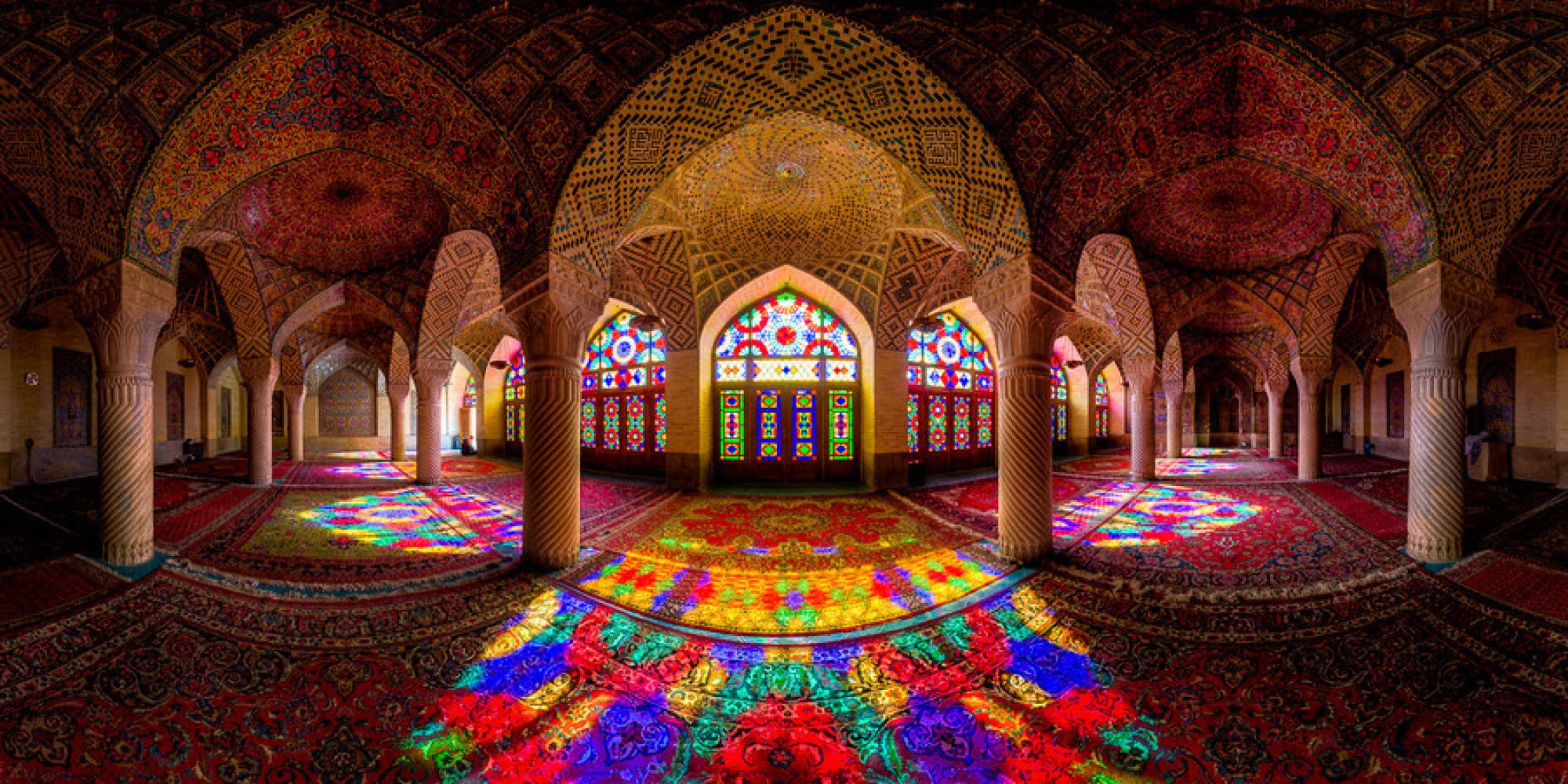 The Nasīr al-Mulk Mosque is a historical mosque in Shiraz, Iran, located in Goade-e-Araban place (near the famous Shah Cheragh mosque). Nasir al-Mulk Mosque is the most outstanding architectural examples of the Qajar era with absolutely beautiful prayer room decorated with stained glass windows and tiled ceilings. Its colored tilings (unusually deep shade of Persian Blue) are exquisite.

Also called the Pink Mosque, the Nasir al-Mulk Mosque diorama simulates the gereh-chini style, where frames of wood and panels of glass are set next to each other in mostly geometrical designs.

Locally called: Masjed-e Naseer ol Molk, the mosque was built as one of the most elegant mosques in south of Iran in a period of 12 years (1872-1884) by the order of a nobleman called Mirza Ali Hassan whose royal title was Nasirolmolk. The arches of Nasir-al-Mulk mosque are made of bricks. The bricks are covered by a layer of plaster, which, in turn, is covered by glazed tile.
Photo by Mohammad Reza Domiri Ganji Nasir Al-Mulk Mosque, Shiraz. Iran.

From the photographer I took this photo at a Special time to reach the Most possible Symmetry of the lights coming from stained glasses on the Windows to the ground.(first days of winter and sth about 11 am) I hope you enjoy this Combination of Architecture, Arts, mosaics and Lightning.
Nasir al-Mulk Mosque . 'Pink Mosque' Of Iran. #iran #mosque #beautiful #architecture #colors 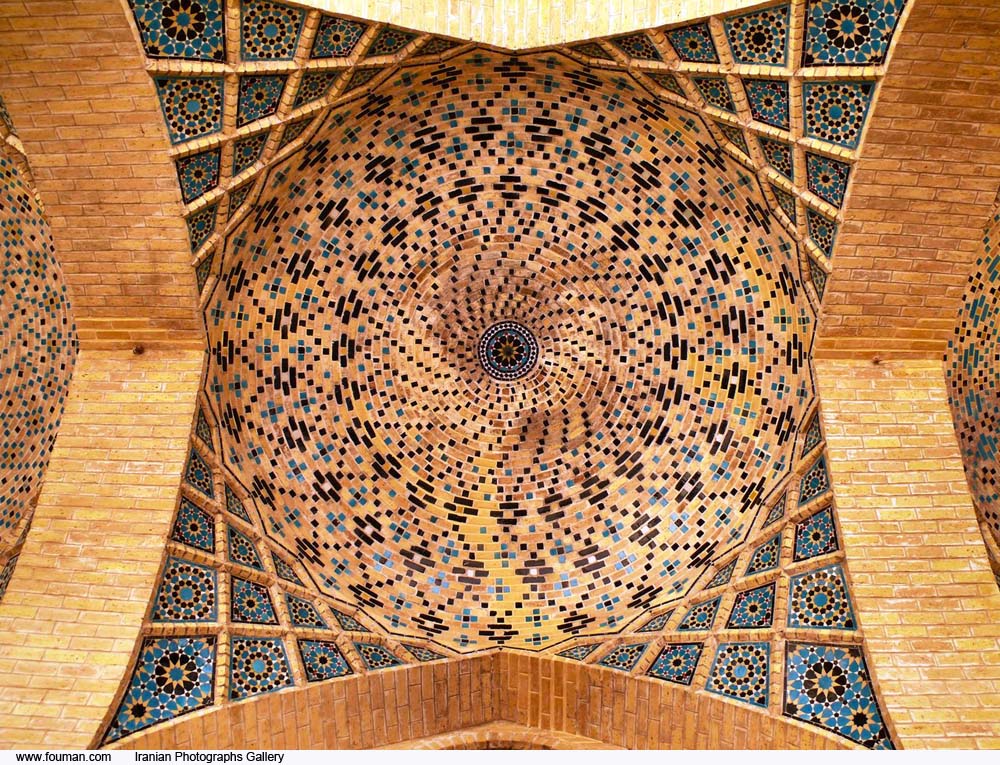 1host2u.ir 01/01/2012 Media
Amazing Brick-works at the Ceiling of Qajar-era Nasirolmolk Mosque in Shiraz near the Shah Cheragh Mausoleum. It was built by the order of Mirza Hasan...View Details»

1host2u.com 21/06/2014 Media
Tangeh Savashi or Tangeh Vashi is a gorge and mountain pass in the Alborz range of Iran. It is a popular tourist attraction in Tehran Province, 15 ki...View Details» 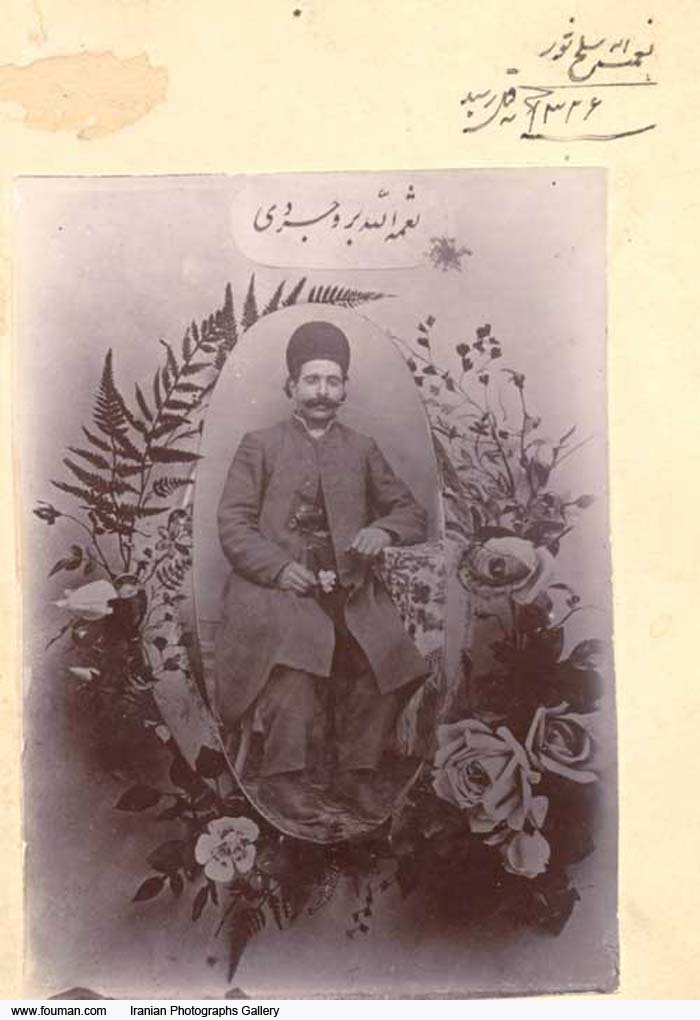 1host2u.ir 07/03/1908 History
Mohammad Reza Qavam also known as Qavamolmolk Shirazi was an influential nobleman opposing the Constitutional Revolution. He was a supporter of the ou...View Details»