By Michael Snyder
You see, the truth is that the United States is not the only one dealing with a systemic unemployment crisis.

This is literally happening all over the planet. So what is causing this crisis? Is there any hope that it will be turned around? Well, unfortunately there are several long-term trends that have been developing for decades that have played a major role in bringing us to this point.

First of all, the giant corporations that now totally dominate the global economy have figured out that they can make a lot more money by replacing expensive workers that live in major industrialized nations with workers that live in nations where it is legal to pay slave labor wages. So it isn’t really a huge mystery why there is such a huge problem with unemployment in the western world. If you were running a giant corporation, why would you want to hire workers that will cost you 10 to 20 times as much as other workers? A worker is a worker, and over the past decade we have seen a massive movement of jobs to countries where labor is cheaper.

In addition, large corporations are also trying to completely eliminate as many jobs as they can by using technology. If a corporation can get a computer or a machine or a robot to do a task more cheaply than a human worker can do it, then why would that corporation want to continue to rely on human labor? And of course we have seen an overall weakening of the economies of the western world in recent years as well. This has been particularly true in the United States. As these long-term trends intensify, the worldwide unemployment crisis is going to get even worse.

In fact, the director general of the International Labor Organization is fully convinced that unemployment is going to continue to rise in G20 nations. Just check out what he told CNBC on Friday… Did you know that the total number of unemployed workers in G20 counties is now up to 93 million and that it is increasing with each passing day?...

Who Is Going To Buy The US Debt If This War Causes China, Russia And T... 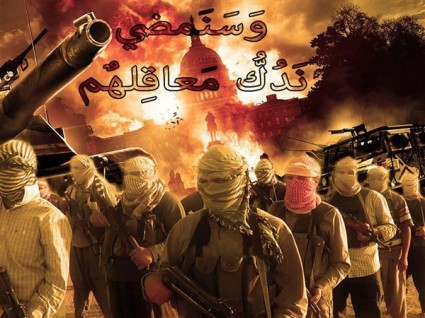 zerohedge.com 08/09/2013 News
by Tyler Durden Yesterday we implied a difficult question when we illustrated the huge size of US Treasury bond holdings that China and Russia have be...View Details»

atimes.com 25/01/2014 Economy
THE ROVING EYE Rouhani and the 1914 remix By Pepe Escobar Iranian President Hassan Rouhani is at the moment the hardest-working man in (geopolitical...View Details»

Who Is Responsible For The Bizarre Cattle Mutilations That Are Happeni...

intellihub.com 01/08/2013 News
By Michael Snyder The Truth August 1, 2013 Hearts, udders, teets, ears, tongues and reproductive organs are being removed, and in most of these cases...View Details»