Genocide: The Israeli-Egyptian Siege against the People of Gaza | Global Research

Genocide: The Israeli-Egyptian Siege against the People of Gaza | Global Research...
globalresearch.ca 19/12/2013 Military 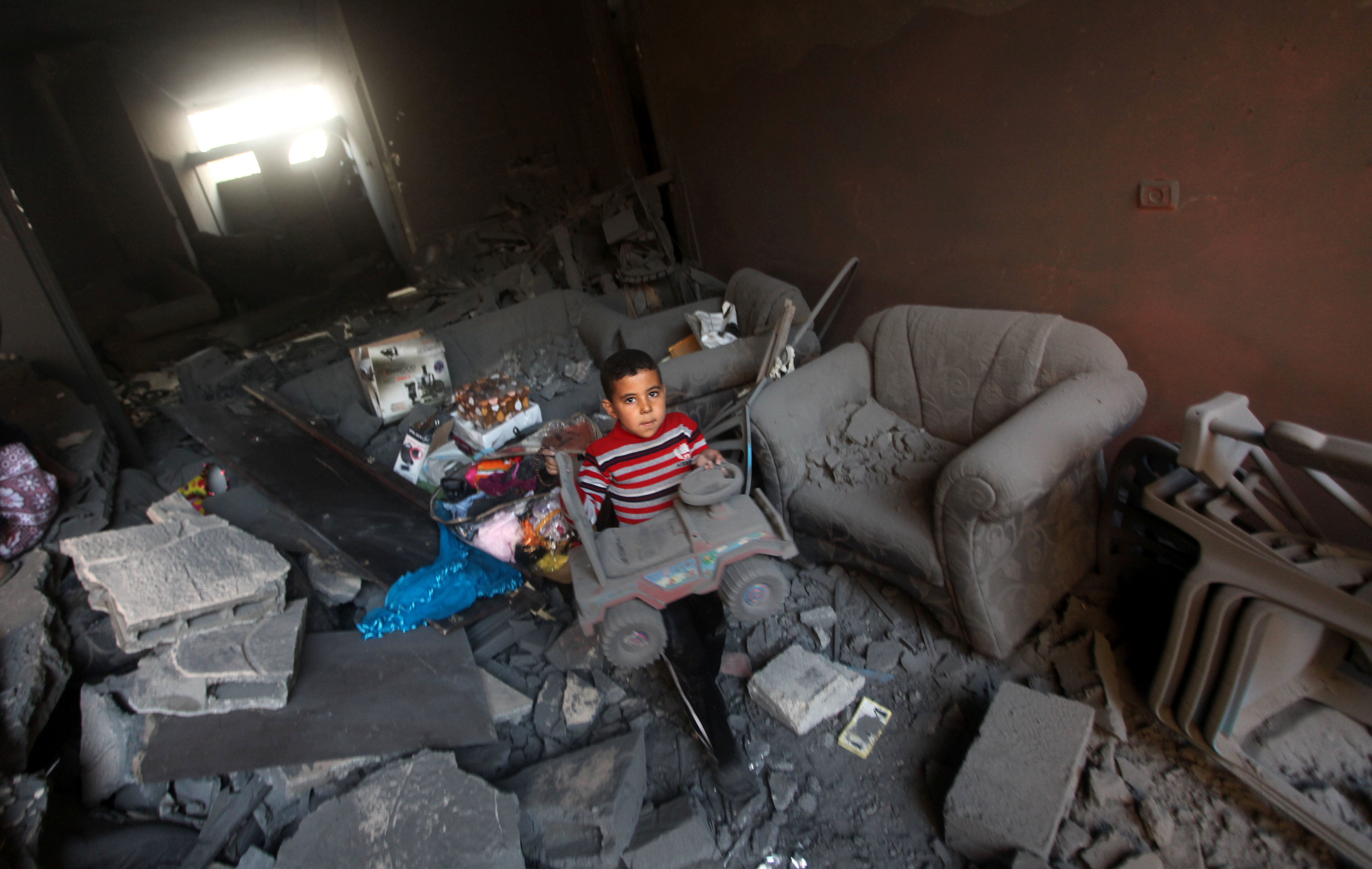 ”The world has forgotten Gaza, its women and children. The blockade is as bad as the war; it’s like a slow death for everyone in Gaza. We are paying the price for disputes between different powers. Isn’t that shameful? The world has lost its humanity,” ‘ Attiyeh Abu Khousa resident of Gaza.

At this time of year the mainstream media abounds with stories of how ordinary people across the world are preparing for the upcoming Christmas holiday. One story people will not hear about is the desperate plight of the 2 million people trapped within the Gaza Strip where malnutrition, darkness, cold and suffering abound.

The people of Gaza are being crushed under the Israeli blockade which severely restricts essential supplies coming into the strip. Israel refuses to allow building materials into Gaza meaning that people left homeless by successive Israeli military attacks cannot rebuild their homes. The number of food insecure people has dramatically from 44 % in 2011 to 57% in 2012.

The UN has been forced to halt building work on all but one of its 20 projects in Gaza due to the Israeli government’s ban on building materials. The UN building projects include 12 schools and a health centre. This has thrown over 5,000 Palestinians out of work.

“We are in now in the fourth week (in which) we are not allowed to bring in construction material,” Robert Turner, director of Gaza operations for the United Nations Relief and Works Agency, said.

”We do not know when we will be allowed to restart these projects.”

This has been compounded by the closure of the Rafah tunnels by the Egyptian army which has cut Gaza’s lifeline to the world following the military coup that overthrew the Morsi government.

Harry Fear a UK journalist residing in Gaza told me recently that the Egyptian army’s actions have,”reduced the number of tunnels that were operational by about 95%. The price of importing goods from Egypt to Gaza has increased ten fold, according to one source associated with the tunnel industry.”

The tunnels used to bring up to 60-65% of its supplies. Their closure has forced about 20,000 people out of their jobs. The crossing to Egypt is often closed tightening the siege even further.

At the beginning of November Gaza’s power plant was forced to shut due to a lack of fuel that used to come from Egypt via the tunnels. This has had a devastating effect upon the people of Gaza whose lives have been turned upside down by the power blackouts which last up to 16 hours a day. The power cuts are causing a collapse of public services and the basic infrastructure of Gazan society. According to Harry Fear the power cuts are also having,”a damming impact on morale.”

Many families in Gaza cannot afford a generator so live by candlelight when evening comes. The power cuts have had forced people to change the way they live their lives. ”Everything stops,” says Daulat. “Electricity outages paralyse our entire life,” she explains. “I sleep when the electricity is off, and I wake up when it’s on.”

In the evening people walk the streets in darkness as street lights have been turned off while traffic lights have ceased to work.

The power cuts are affecting every aspect of life and pose a major threat to the health of the people. Water pumping stations have stopped working. Sewage treatment plants have closed. This has led to flooding. In Gaza City the district of East Zeitoun was recently flooded by 8,000 gallons of raw sewage which has caused illness amongst some children.

The Hamas led authority in Gaza has been reduced to using donkeys to cart away rubbish. Due to the lack of fuel it has been forced to stop using its 50 strong fleet of garbage lorries.

Many small businesses have closed making the unemployment situation even worse. More worrying still is the closure of bakeries for a population already suffering from widespread malnutrition.

People’s lives are under threat in hospitals which are struggling to cope with the power cuts. The number of operations that are being carried out is being reduced while life saving equipment is being not being used due to the power cuts. For example, at Shifa hospital’s renal unit five of the 40 kidney dialysis machines no longer work having been damaged by power cuts.

This is the worst time I have known in the 18 years I have been in service,” said Dr Mohammed Al-Kashif, international cooperation director at Gaza’s health ministry. “It’s a disaster. We have stopped many elective operations in hospitals to cut down on the expenditure of drugs and disposable equipment.”

The Palestinian Centre for Human Rights (PCHR) said in a recent statement,“Educational facilities in universities and educational institutions are suffering serious disorder, which led to the inactivity of many educational laboratories and the postponement of some educational assignments due to electricity shortage and lack of alternative power sources.”

Abandoned by the international community the people of Gaza face a very bleak future. They are heavily dependent upon UNWRA (United Nations Relief and Works Agency for Palestinian Refugees) for their survival. UNWRA provides food aid to over 800,000 people out of the strips population of 1.9 million. It runs 245 schools provide education for 225,000 students. UNWRA runs 22 health centres that provide health care services to over 1.2 million Gazans. Yet UNWRA faces large shortfalls in its budget due to the reluctance of countries to make donations to its funds.

Looking to the future the people of Gaza face a desperate struggle to merely survive. Battered by incessant Israeli attacks that have caused billions of dollars worth of damage and left the infrastructure in ruins their appears to be no limit to the suffering and misery that the people have to endure.

In a recent speech to the UNWRA 2014 pledging conference the Deputy Commissioner General Margot Ellis made the following statement,”The United Nations predicts that by 2020, the scarcity of clean water resources and soaring rates of unemployment will render Gaza uninhabitable.”

I’ll leave the last word to Professor Illan Pappe of Exeter University. At the recent Kuala Lumpur War Crimes Tribunal Hearing on Palestine he gave testimony to the court. The comments of the UN about Gaza becoming ”uninhabitable” by 2020 confirm the analysis given to the court by Professor Pappe that the people of Gaza are victims of genocide. Professor Ilan Pappe said:

”A genocide is taking place in Gaza. The inhuman living conditions in the most dense area in the world, and one of the poorest human spaces in the northern hemisphere, disables the people… . The [Israeli] leadership, and particularly the army, see it as a prison with the most dangerous community of inmates, which has to be eliminated one way or another.”

or making a donation to UNWRA whose latest appeal aims to raise $50,000 to provide blankets, heating fuel, warm clothes and plastic sheeting at

The Historical Perspective of the 2014 Gaza Massacre | Global Research... 4 Palestinian Children Killed in Gaza City While Playing on the Beach ...