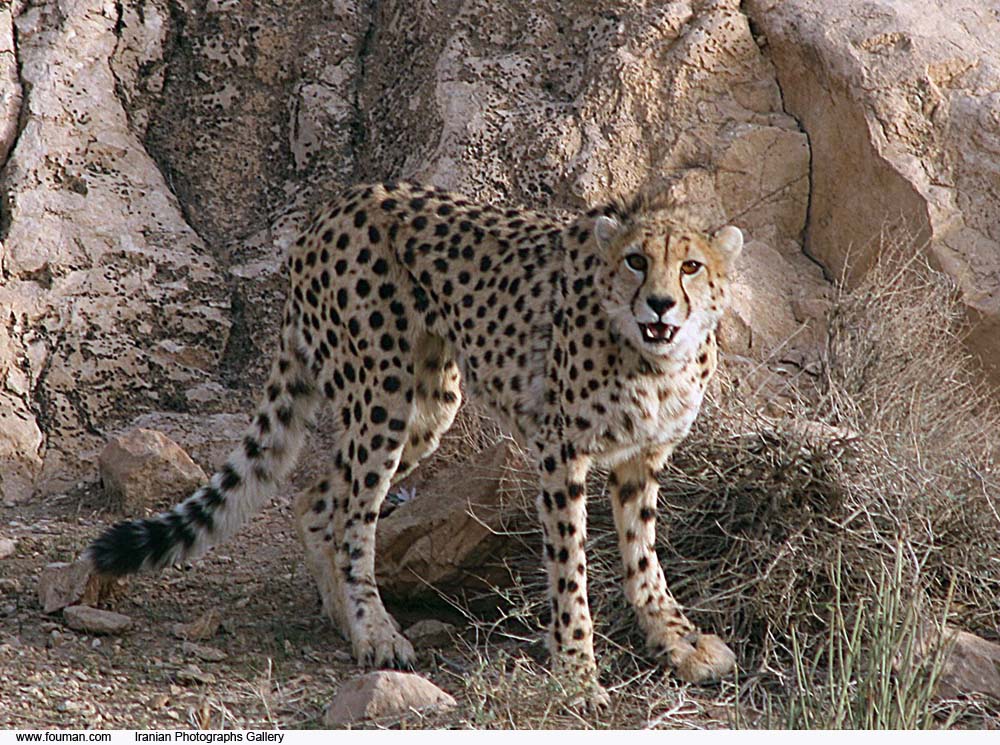 (Wikipedia) - On Jan, 2, 2004, natural gas and oil resources were discovered near the city of Aran va Bidgol. After three years of scientific study and exploration, crude petroleum was discovered at the depth of 3,964 meters in the Central Desert of Iran, also known as Dasht-e Kavir.
After injecting Chloric acid and Nitrogen a hole was created into the well creating access to gas and oil reserves.
Discovery of oil was not good news for Iran's natural environment because as it's the case, greed behind such projects overshadows studies of ecosystem and projects usually run without environmental evaluation report. Although obtaining a simple business permit for ordinary citizens requires the burden of passing Rostam's Seven Labours, certain elite circles practically have powers above the law.
Environmentalists warn about the fact that once saltwater is released in the region, another salt desert would be created, inflicting a heavy environmental disaster. Drills may have a catastrophic blow to conservation efforts to save unique endangered species such as the Asiatic Cheetah.
On Aug, 23, 2007 Deputy head of the Department of Environment for natural environment and biodiversity, Delavar Najafi, has called Oil Ministry’s move to conduct exploration activities in Kavir National Park as an environmental hazard.
Land-use change, persecution, habitat degradation, fragmentation, desertification, military maneuvers, rallies and races, off-take for commercial uses, poaching are among factors responsible for the chronic decline of wildlife, and they have effects as bad as direct killing of animals. According to the Iranian Department of Environment this degradation occurred mainly between 1988 and 1991.
Fortunately there is hope for the cheetahs thanks to a group of Iranian activists who have volunteered to preserve the nature despite difficult conditions. Only a few people are aware that endangered species are treasures of our world. It's a precious heritage that cannot be replaced and requires a continuous fight against ignorance. The Iranian Cheetah Society has been a successful example of such efforts....

Iran tries to save Asiatic Cheetah from extinction ...

Another Asiatic cheetah sighted in Yazd ...

1host2u.ir 01/01/2012 Media
The Iranian Asiatic Cheetah is the world's last few known to have survived in Iran. Studies shows that the species are markedly distinct from their Af...View Details»