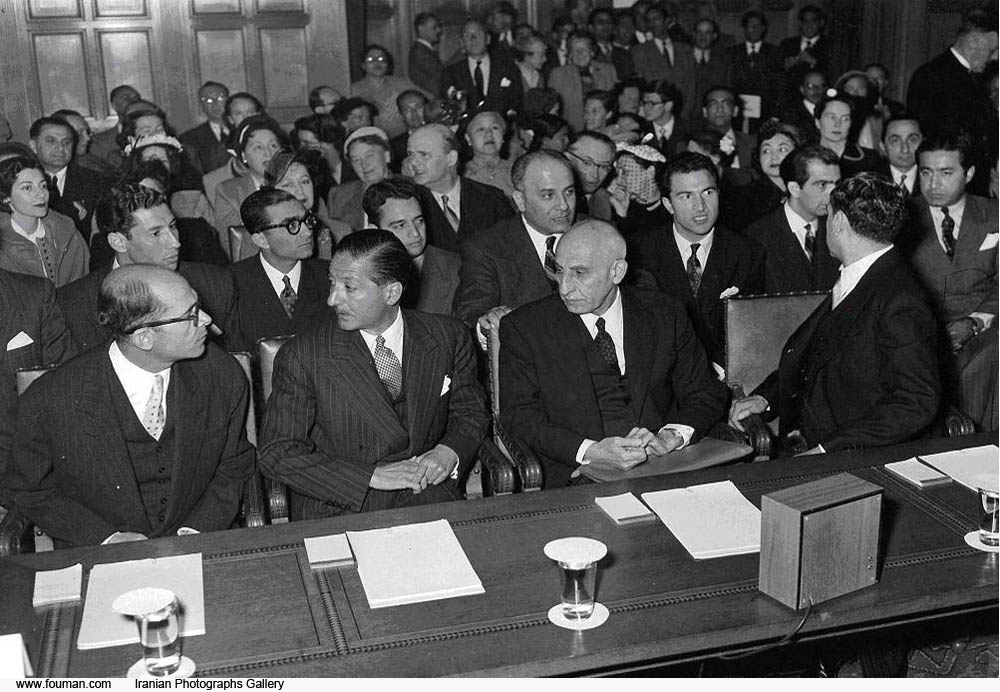 (Wikipedia) - Nasrollah Entezam was an Iranian diplomat who held the position of the President of the United Nations General Assembly during the fifth session, from January 1, 1950 – January 1, 1951. Entezam was the leader of the Iranian delegation at UN and had been the permanent representative of Iran to the United Nations since 1947.
Born in Tehran in 1900, he graduated in law and political science at the Universities of Tehran and Paris and began his career in the Ministry of Foreign Affairs in 1918.
Between 1926 and 1929, he was Secretary to the Iranian Legations in Paris, Warsaw, and London. He represented Iran at the London Economic Conference in 1933, and at the League of Nations; from 1934 to 1938 he was Chargé d'Affaires at Berne.
On his return to Iran, Mr. Entezam was Director of the Political Department of the Ministry of Foreign Affairs. In 1942, he was appointed Grand Master of Ceremonies at the Imperial Palace, and the next year became Minister of Public Health. Subsequently, he held the positions of Minister of Posts and Telegraph, Minister of Communications, and, in 1944-45, Minister of Foreign Affairs.
Mr. Entezam represented his country at the San Francisco Conference in 1945 and at the first session of the General Assembly. He was a member of the United Nations Special Committee on Palestine in 1947. At the third session of the General Assembly, he was chairman of the Fourth (Trusteeship) Committee, and of the Special Committee on Methods and Procedures which the Assembly established at that session. At the fourth session, he served as chairman of the ad hoc Political Committee of the Assembly. He was also Ambassador Extraordinary and Plenipotentiary of his country to the United States.
Following the CIA-backed coup of August 1953, he was re-appointed ambassador to the United States and served until his replacement by the cabinet minister Ali Amini. In February 1958 Entezam was appointed ambassador to France, where he stayed until April 1962. In July 1962 he was appointed minister without portfolio in the cabinet of Asadollah Alam. He was elected chairman of the inaugural congress (30 April-2 May 1975) of the Rastakhiz Party as the single permissible party. Entezam retired from public office in the late 1960s but was continually serving Mohammad Reza Shah in one capacity or another.
Entezam was arrested in 1979 after the Islamic Revolution. He died on December 19, 1980 shortly after he was released....