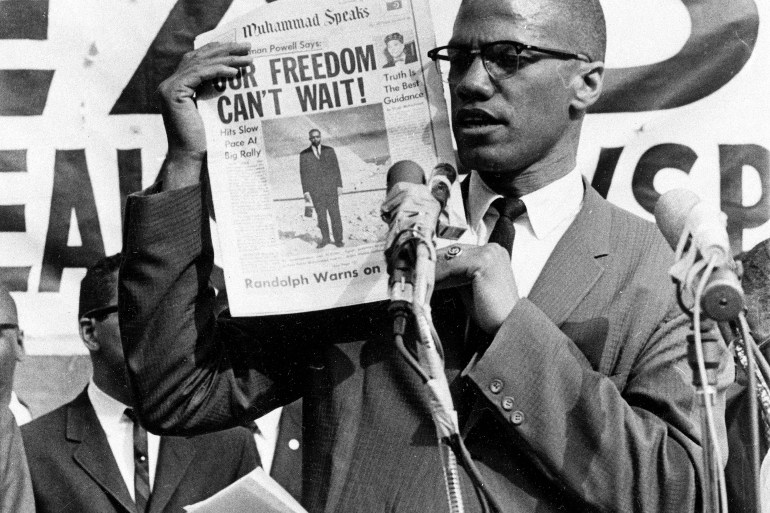 Letter written by former undercover NYPD policeman alleges his department and the FBI covered up details of the killing.
A former New York City police officer has, before his death, implicated the NYPD and FBI in the murder of civil rights leader Malcolm X on February 21, 1965.
A letter written by ex-undercover NYPD policeman Raymond Wood alleges his department and the FBI covered up details of the assassination, saying he was ordered to infiltrate the civil rights movement and had members of Malcolm X’s security detail arrested shortly before the killing.
On February 21, 1965, minister and civil rights activist Malcolm X, 39, was shot dead inside Harlem’s Audubon Ballroom in New York by assassins identified as members of the Nation of Islam. Three men were convicted of murder and imprisoned, and all were eventually paroled.
“I participated in actions that in hindsight were deplorable and detrimental to the advancement of my own Black people. My actions on behalf of the New York City Police Department were done under duress and fear,” said Reggie Wood, a relative who read Raymond’s letter aloud at a press conference on Saturday.
The letter said the arrests carried out in February 1965 by Wood meant Malcolm X did not have security at the entrance to the Audubon Ballroom where he was speaking that day.
It is unclear when Wood died, but he did not want the letter made public until after his death, saying he feared repercussions from authorities if he came forward with his allegations, according to Reggie Wood. 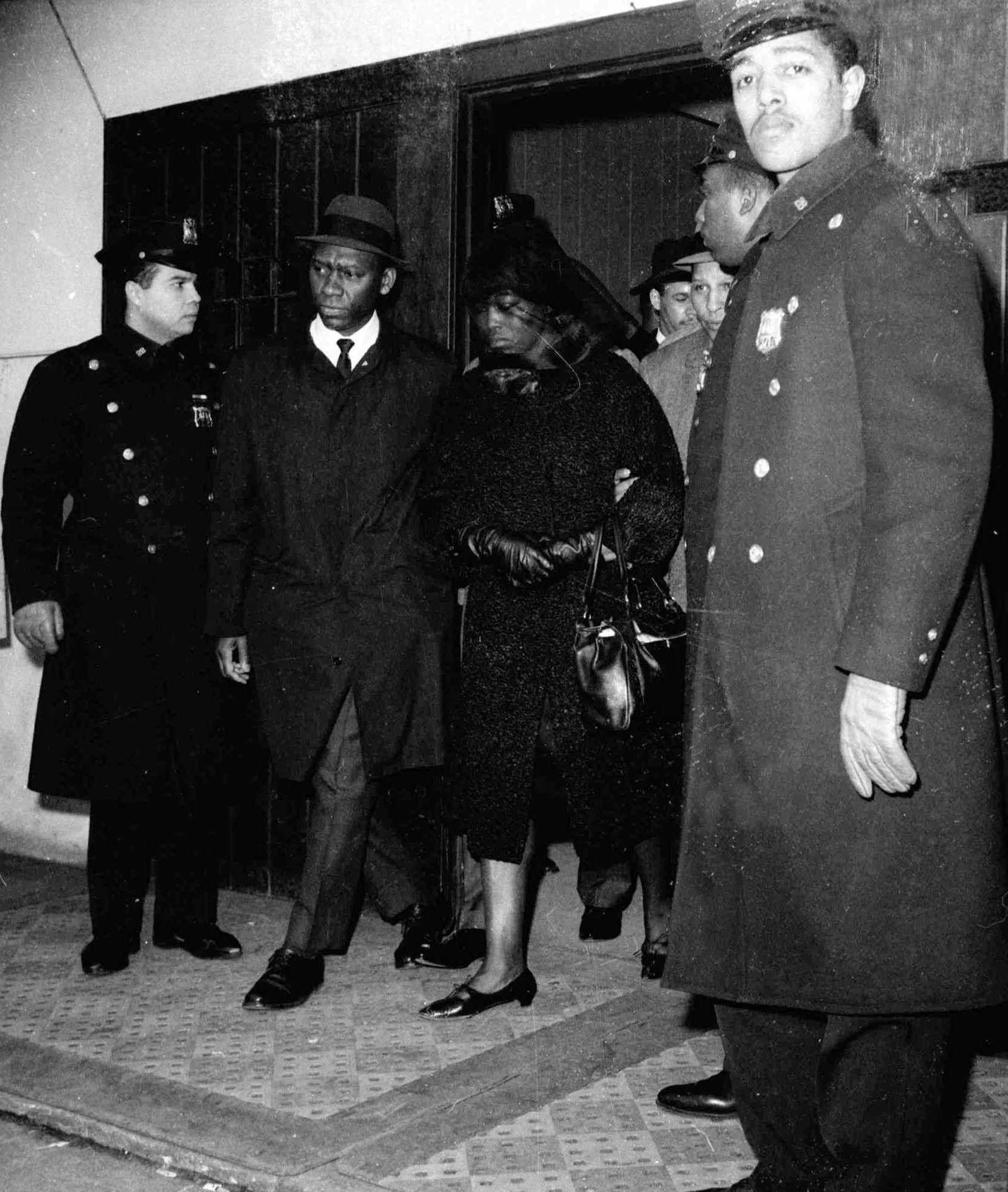 * * * ‘Terrible tragedy’
Ilyasah Shabazz, one of Malcolm X’s three daughters, said the new accusations should prompt further investigation.
“Any evidence that provides greater insight into the truth behind that terrible tragedy should be thoroughly investigated,” she said.
The NYPD said in a statement the Manhattan District Attorney initiated a review several months ago.
“The NYPD has provided all available records relevant to that case to the District Attorney. The department remains committed to assist with that review in any way,” it said.
The FBI did not issue a statement.
Malcolm X’s three daughters, alongside Wood’s family and civil rights lawyer Ben Crump, urged that the case be immediately re-opened.
MEDIA ALERT: @AttorneyCrump & Reggie Wood to hold news conference on 2/20 at 12:30 ET to deliver new evidence regarding the assassination of Malcolm X to his daughters & the Manhattan DA following a deathbed declaration from Ray Wood, an undercover police officer at the time. pic.twitter.com/xadqNs5mlR
— Ben Crump Law, PLLC (@BenCrumpLaw) February 19, 2021
“Ray Wood, an undercover police officer at the time, confessed in a deathbed declaration letter that the NYPD and the FBI conspired to undermine the legitimacy of the civil rights movement and its leaders,” a statement from Crump’s office said.
“Without any training, Wood’s job was to infiltrate civil rights organizations and encourage leaders and members to commit felonious acts. He was also tasked with ensuring that Malcolm X’s security detail was arrested days prior to the assassination, guaranteeing Malcolm X didn’t have door security while at the Audubon Ballroom, where he was killed on Feb. 21, 1965.”
The director of communications for the Manhattan District Attorney’s office released a statement saying: “Our office’s review of this matter is active and ongoing.”
Three Nation of Islam members were convicted in Malcolm X’s murder but last year the Manhattan DA began a review of those convictions after meeting with representatives of the Innocence Project.
State Sponsored Terrorism
--- American Terrorism ---...

US protesters march against police slayings of black men...