'Not a king': Trump gets pushback for total authority claim 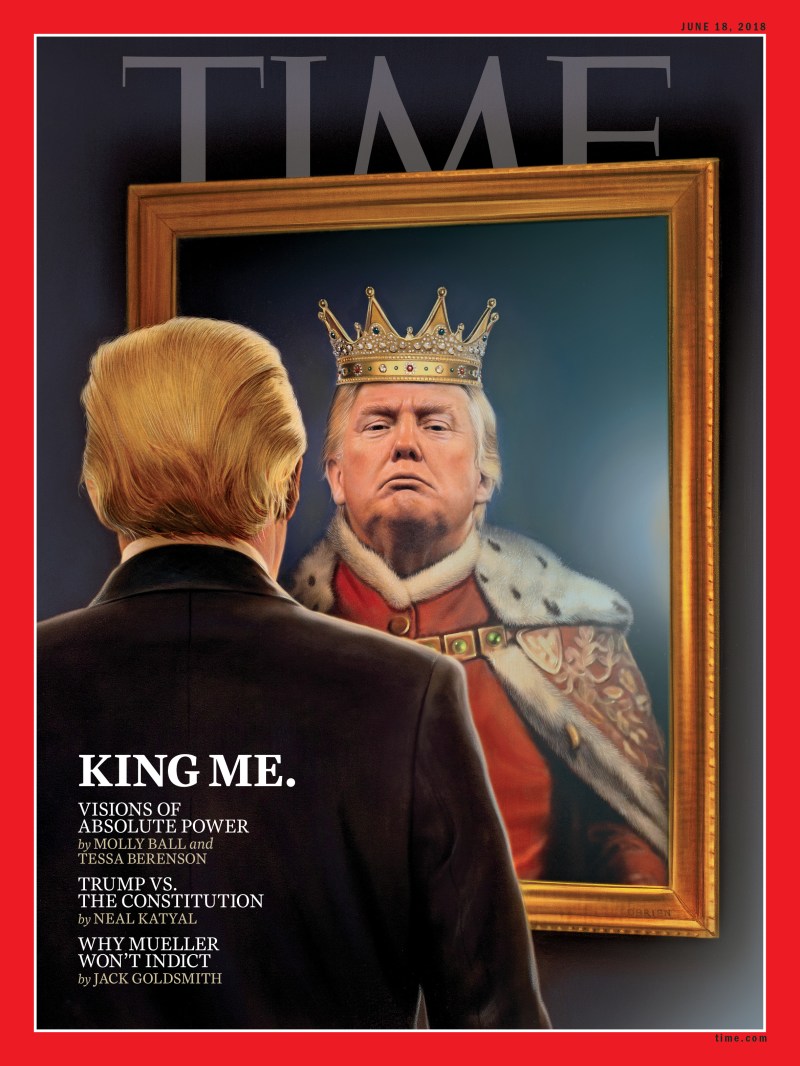 Highlights:
New York Gov. Andrew Cuomo ripped President Trump over his claim to have “total” authority over the restrictions that states have put in place to combat the coronavirus.
“He basically declared himself King Trump,” Cuomo said, “And all that annoying federal-state back-and-forth that our Founding Fathers went through, he just disregarded that.”
Trump has expressed impatience with the strict social distancing measures imposed by governors that have helped contain the virus but have devastated the economy.
Governors fight back after US president insists he 'calls the shots' in deciding measures against coronavirus outbreak.
14 Apr 2020 09:11 GMT
US President Donald Trump has claimed he has "total" authority to decide how and when to reopen the economy after weeks of strict physical-distancing guidelines aimed at fighting the novel coronavirus.
But governors from both parties were quick to push back, noting they have primary responsibility for ensuring public safety in their states and would decide when it was safe to begin a return to normal operations.
Trump would not offer specifics about the source of his asserted power, which he claimed, despite constitutional limitations, was absolute.
"When somebody is president of the United States, the authority is total," Trump said on Monday at the White House. "The governors know that."
The comments came not long after the opposition Democratic leaders in the northeast and along the West Coast announced separate state agreements to coordinate their efforts to scale back stay-at-home orders or reopen businesses on their own timetables.
....It is the decision of the President, and for many good reasons. With that being said, the Administration and I are working closely with the Governors, and this will continue. A decision by me, in conjunction with the Governors and input from others, will be made shortly!
— Donald J. Trump (@realDonaldTrump) April 13, 2020
The US constitution gives public health and safety responsibilities primarily to state and local officials.
The pandemic, which originated in China last December, has wreaked havoc in the US, which now has the highest number of coronavirus cases and deaths. More than 582,000 are infected and 23,649 people have died across the country.
Anxious to put the crisis behind him, Trump has been discussing with senior aides how to roll back federal social-distancing recommendations that expire at the end of the month.
'Joint effort'
While Trump has issued national recommendations advising people to stay home, it has been governors and local leaders who have instituted mandatory restrictions, including shuttering schools and closing non-essential businesses. Some of those orders carry fines or other penalties and in some jurisdictions extend into the early northern summer.
And governors made it clear on Monday they would not tolerate pressure to act before they deem it safe.
"All of these executive orders are state executive orders and so therefore, it would be up to the state and the governor to undo a lot of that," New Hampshire Republican Governor Chris Sununu said on CNN news organisation.
"The government doesn't get opened up via Twitter. It gets opened up at the state level," said Michigan Governor Gretchen Whitmer, a Democrat.
New York's Governor Andrew Cuomo, another Democrat, also dismissed Trump's "legal analysis".
"The president does not have total authority. We have a constitution, we don't have a king, we have an elected president," he told CNN.
Trump: “When somebody is president of the United States, the authority is total.”
Nope.
That would be the literal definition of a *totalitarian* government—which our traditions, our Constitution, and our values all rightly and decisively reject.
— Steve Vladeck (@steve_vladeck) April 13, 2020
https://twitter.com/steve_vladeck/status/1249835579153485825?ref_src=twsrc%5Etfw
Mississippi Republican Governor Tate Reeves, a supporter of Trump, said the question of when to lift restrictions would be "a joint effort" between Washington and the states.
Meanwhile, governors were banding together, with New York, New Jersey, Connecticut, Pennsylvania, Delaware and Rhode Island agreeing to coordinate their actions. The governors of California, Oregon and Washington announced a similar pact.
New Jersey Governor Phil Murphy, a Democrat, stressed the efforts would take time.
"The house is still on fire," Murphy said on a conference call with reporters. "We still have to put the fire out, but we do have to begin putting in the pieces of the puzzle that we know we're going to need ... to make sure this doesn't reignite."
Trump, however, insisted it was his decision to make.
"The president of the United States calls the shots," he said, promising to release a paper outlining his legal argument.
Trump's claim that he could force governors to reopen their states also represents a dramatic shift in tone. For weeks Trump has argued that states, not the federal government, should lead the response to the crisis.
"The President can informally put pressure on local/state governments. He can mess with emergency funding. And he can even order the federal workforce back to their offices. But largely because he's left so much to local authorities so far, this, too, is ultimately up to them," Stephen Vladeck, a law professor at the University of Texas, said on Twitter.

America isn't just a failing state, it is a failed experiment ...

aljazeera.com 22/04/2020 Politics
And the mishandling of the Coronavirus pandemic is just another proof. by Donald Earl Collins 20 Apr 2020 *** People protest against a state-at-home ...View Details» 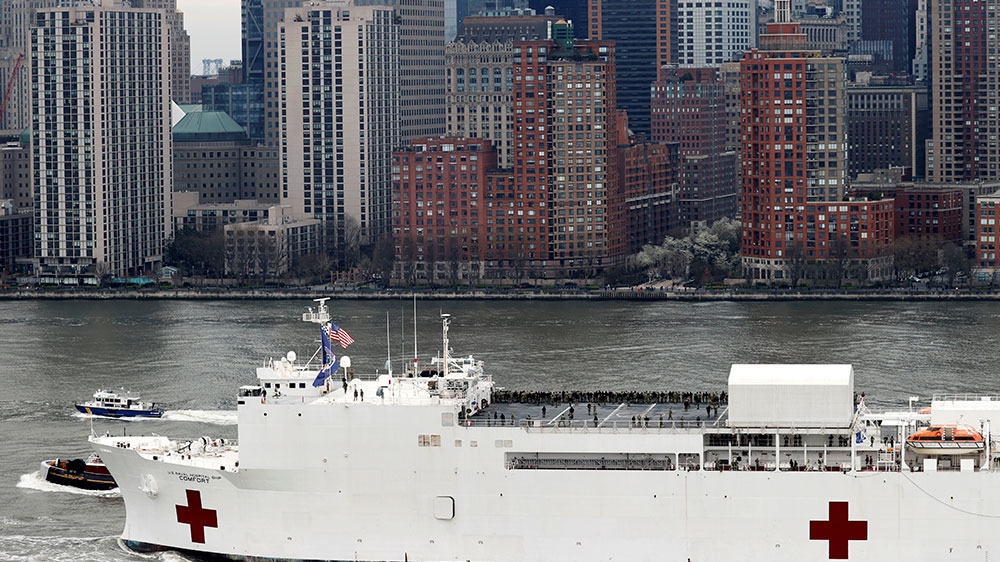 aljazeera.com 31/03/2020 Health
US Navy hospital ship arrives in New York City to help relieve the crisis that has killed more than 1,200 in the city. New York's governor put out an ...View Details»